Hyundai US Headquarters Lights Up to Mark New NFL Partnership 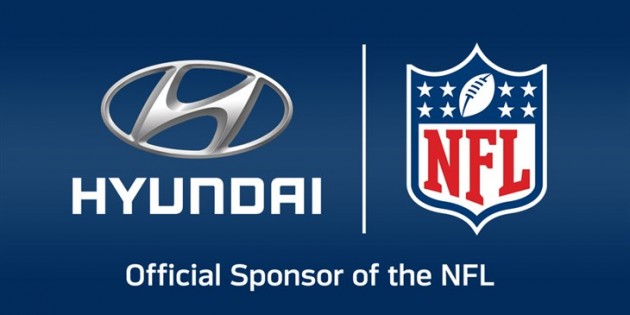 Hyundai has joined the NFL as the official automotive sponsor

“ARE YOU READY FOR SOME (blatant advertising in your favorite sport of) FOOTBAAAALLLL?!”

GM may be out of the NFL sponsorship game, but, as projected last week, Hyundai is taking its place. The Korean automaker recently announced that it had inked a four-year deal with the National Football League as official automotive sponsor.

And, while Hyundai will be able to cash in on the year-round popularity of the NFL (despite the fact the sport is only played half the year), it will be the Super Bowl that is the biggest reward for Hyundai’s partnership. Interestingly, Hyundai did not air any ads at this year’s Super Bowl, much like a few other major automakers, which makes this partnership even more unexpected.

During the four years of sponsorship, Hyundai will have access to the NFL trademarks for various marketing channels, and several promotional vehicles will appear at the Super Bowl and other major NFL events, like the draft and playoffs. The official sponsorship will kick off at, what else, the NFL Kickoff on September 10th.

To mark the partnership, Hyundai US headquarters in Fountain Valley, California, lit up with the NFL logo—the execs jumped on this fast, eh? The effect was created using projection mapping technology so that drivers along the 405 could see both the Hyundai logo and the NFL trademark sitting upon a football field. Reportedly, more than 377,000 vehicles drive over this section of the 405 each day, meaning that the Hyundai-NFL partnership got some decent exposure. 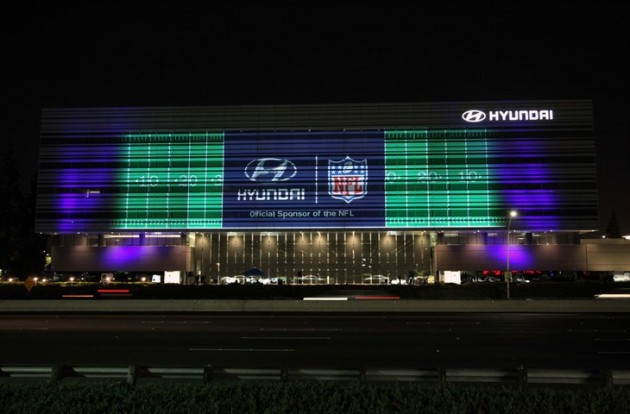 A Car for the Future: Get ready for a self-driving Hyundai Genesis