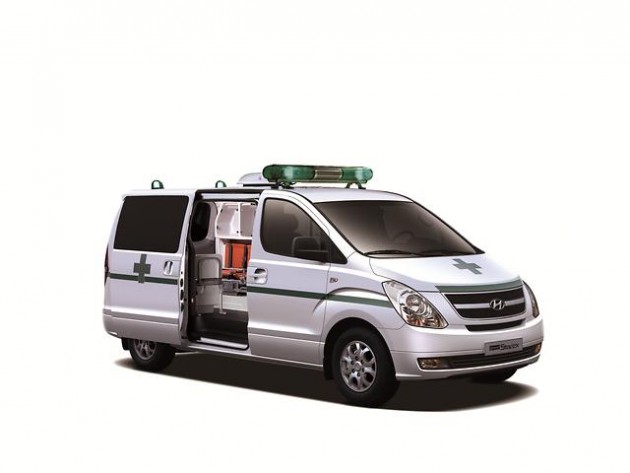 While it seems definite progress is being made, the fight against Ebola is far from over. The Hyundai Motor Company recognizes it’s time other organizations lent a hand. Quick response and mobile assistance have been two of the weakest areas in the war against Ebola, so it’s fitting that Hyundai has donated nearly two dozen vehicles to assist in the United Nation’s struggle against the Ebola outbreak in West Africa.

While Hyundai’s van donation might not be receiving much attention, it shows that the automaker is dedicated to making a real difference in the world.

Hyundai’s Van Donation Will Save Lives in West Africa

The vans donated by Hyundai are based on the Starex design, also known as the H-1, H200, iLoad, iMax, and i800 in other parts of the world. These 21 special vehicles are outfitted with life-saving medical equipment, including respirators, oxygen tanks, and emergency support kits.

While the Ebola outbreak has been spreading throughout West Africa since last year, Hyundai’s vans will be assisting medical efforts in Liberia. Thus, the vehicles will be donated to the Liberian government through the UN.

“We hope our efforts will contribute to the global fight against this deadly virus,” said Kwang Guk Lee, Senior Vice President of the Hyundai Motor Company. “Our hearts go out to the victims of Ebola and their families.”

As there have been nearly 20,000 reported cases of Ebola since December, the Global Ebola Response effort needs all the help it can get, and Hyundai’s donation of emergency response vans is a great contribution. Not only that, Hyundai’s efforts to create jobs and provide educational opportunities to African nations are making an impact in a proactive way thanks to the automaker’s Corporate Social Responsibility (CSR) program.