You don’t want to spend more time scraping the snow off your car than you have to, so it’s important to pick the best ice scraper for winter. With numerous options on the market, how do you know what works before you buy it?

Here’s a brief ice scraper comparison of four budget-friendly products for your uncovering your car.

Ice scraper comparison: Which design is most effective? 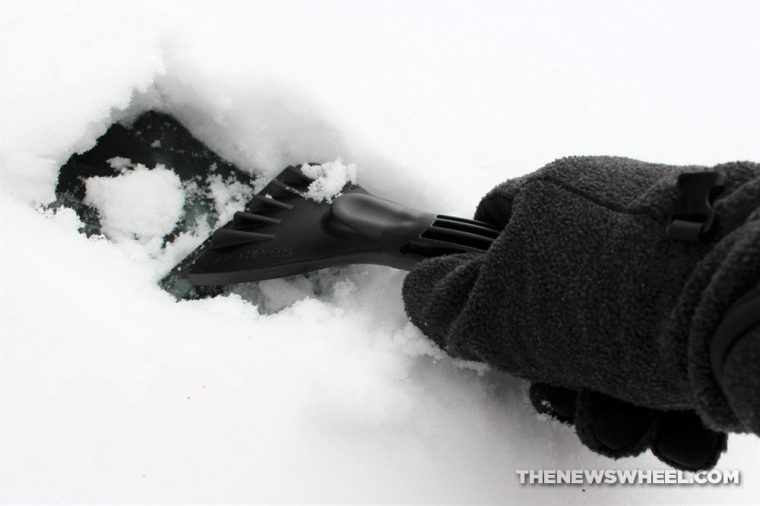 There’s a reason the traditional straight-blade ice scraper design is still so popular: If made right, it’s great at scratching off layers of ice. And Hopkins makes it right.

The Hopkins Subzero Ice Ripper is a great option for buyers who love the standard single-blade design. The plastic is dense and stiff, the handle is ergonomically curved, and the blade itself features multiple teeth for chipping away at ice.

It’s old-fashioned, but it’s reliable. Plus, you can buy units in bulk online for under $4 each. 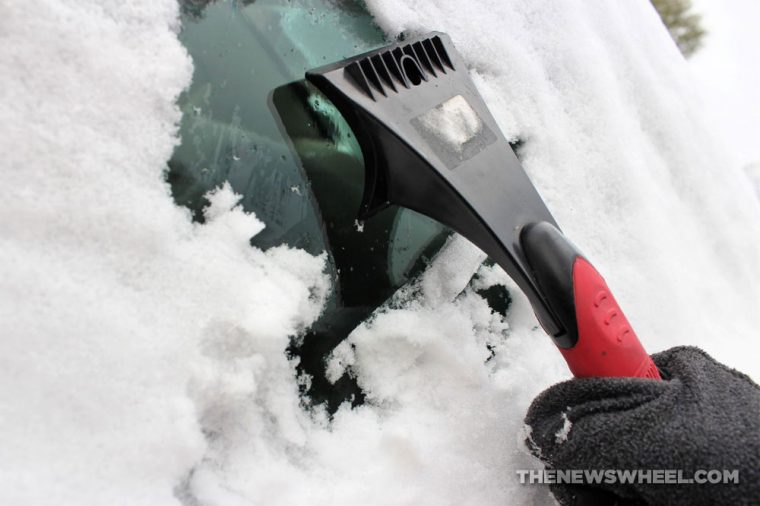 If one blade works so well, why not two? Hopkins devised this dual-blade scraper that doubles the effectiveness of the scraper–in theory. You’re supposed to scrape the ice as you push and pull, working in both directions.

The idea of the Hopkins Talon Ice Scraper is clever, but the slant of the handle in relation to the blades makes it ineffective: It doesn’t align with the angle your arm moves as you use an ice scraper. If you hold its handle and push like a normal scraper, one blade is always going to rise up off the glass. The only way this scraper works is if you choke up on the head of the scraper and “palm it” down against the ice.

There are better ice scrapers out there with multiple blades.

Searching for a Family Vehicle? Why you should escape winter in a Ford Escape

Continuing the idea of increasing the number of blades on the scraper, this three-blade scraper from Carrand takes a better approach than the parallel-blade design did: It arranges the three blades in a triangle. This allows you to scrape in three directions without wasting any movement. And, the stiff blades are very effective at lifting chunks of ice.

The problem with the Orbital Ice Scraper is the effectiveness of the “teeth” underneath the scraper: They’re too strong. You can’t use the scraper without the teeth pressing against your car, which scratches into the paint if you use it anywhere other than on glass.

It’s an effective scraper, but it can shred the car’s coat in the process. 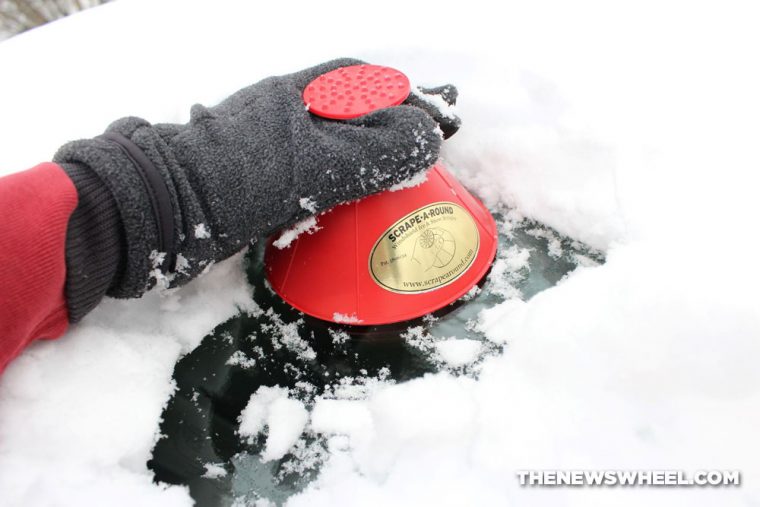 To maximize ice-scraping power from every direction, the designers of the Scrape-A-Round made a 360-degree, cone-shaped unit. The Scrape-A-Round is also purposefully softer than other hard, rigid scrapers so it maintains a constant angle against the curved windshield to evenly distribute pressure.

It’s a brilliant idea, and it only a minimal amount of force is needed to loosen layers of snow.

Some improvements could be made to the Scrape-A-Round. Its teeth wear down easily and aren’t a good long-term solution for chipping at frost or thick ice, so you’ll need to invest in a separate heavy-duty ice shredder.

Read my full review of the Scrape-A-Round here…