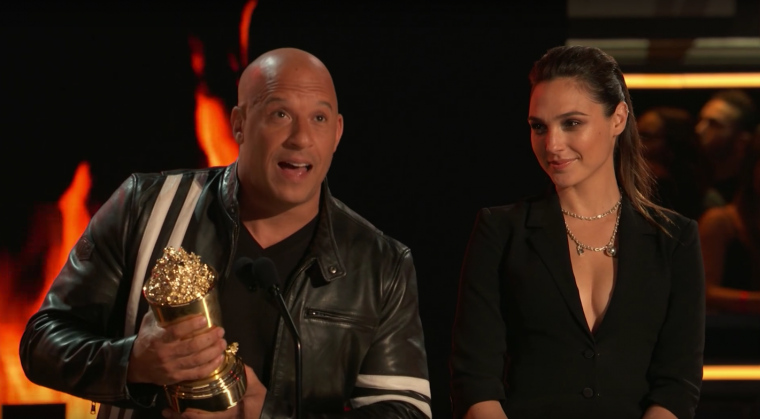 “Do you guys want me to sing?”

Over the weekend, your favorite Allstate spokesman and Workaholics star Adam DeVine hosted the 2017 MTV Movie & TV Awards. It was truly a star-studded event, from the adolescent cast of Stranger Things to mega movie stars like Emma Watson and Hugh Jackman in attendance.

What’s the Difference? Used vs. CPO: Get the info before you buy

About halfway through the show, Wonder Woman star Gal Gadot (who became a household name as Gisele Yashar in Fast & Furious) walked on stage to present a special award to the cast of the auto-fueled franchise – the Generation Award – which is usually given to individual stars, rather than entire movies. But considering the films have had quite the cultural impact on many people, it made sense that the award was presented to the entire The Fast and the Furious team. 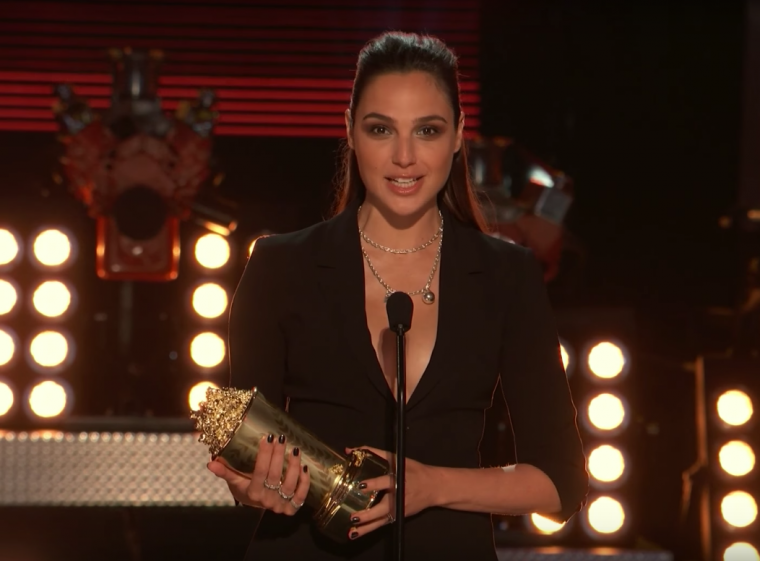 Presenter and the new Wonder Woman, Gal Gadot, presented the golden popcorn to her former co-star

Prior to the award being presented, there was a revved up performance of the song “Hey Ma” from the film’s soundtrack. J Balvin, Pitbull, and Camila Cabello danced on a stage adorned with engines while a screen behind them played scenes from the film series.

An emotional tribute video, including the late Paul Walker, showcased many of the franchise’s pivotal moments. Following the video, Vin Diesel made his way to the stage to accept the golden popcorn. He then called his “family” to the stage, castmates Jordana Brewster, Tyrese Gibson, and Michelle Rodriguez. He thanked many people involved with the film and of course, mentioned his “brother Pablo” aka Paul Walker. 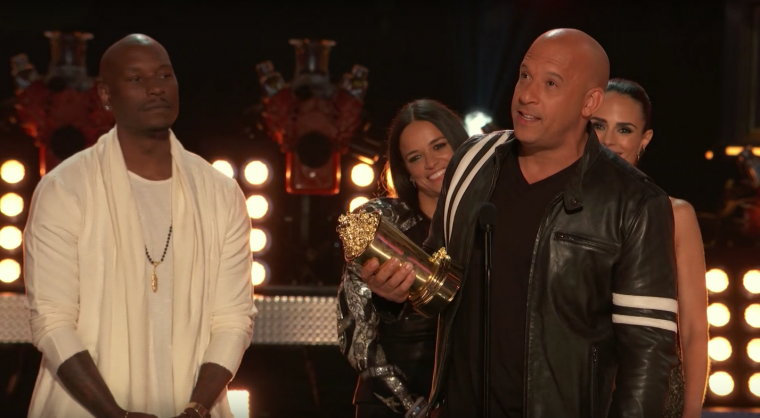 Surprisingly, Diesel managed to escape the emotional moment without shedding a tear or belting out an off-key, yet endearing, rendition of “See You Again,” as he did at the 2015 MTV Movie Awards, the 2016 People’s Choice Awards, and various interviews.

Pre-Owned Paradise: These are the top used GM vehicles to own

I’m sure we’ll have many more opportunities to see (or rather, hear) Vin Diesel and his crew, considering the latest Fate of the Furious smashed the box office during its opening weekend. Not to mention, two more films have already been confirmed for the franchise, slated to be released in 2019 and 2021.

Morgan [she/her] has lived all over the place and is now trapped living in Ohio. When she’s not writing about cars, she can be found spotting Canadian actors in film and television, testing her caffeine tolerance levels, or playing board games with her wife. See more articles by Morgan.