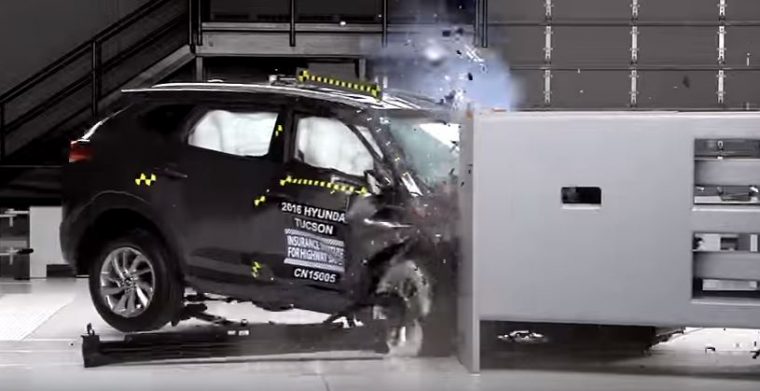 The Insurance Institute for Highway Safety (IIHS) is known for being one tough safety organization. Its litany of crash tests has made it one of the most influential crashworthiness ratings programs in the automotive industry. And, after adding a small-overlap crash test, which is considered one of the hardest crash tests to pass, the IIHS’s Top Safety Pick awards have quickly become the best indicator of a vehicle’s safety.

But what many people don’t realize is that the IIHS’s harrowing small-overlap crash test—which was only recently added to the safety organizations crash test lineup—only focuses on the driver side of the car. So, if a vehicle does well in it, it merely means that the driver side has passed the test, not the passenger side.

Now, it turns out, because the test only focuses on the driver side, many carmakers are letting the safety of the passenger side slide.

And IIHS is having none of that.

The study that IIHS released showed that of seven small crossovers in the industry, six did not fare well when a small-overlap crash test was completed on the passenger side. In fact, these six vehicles did worse than in passenger side testing than in driver side testing—sometimes, significantly worse.

While this disparity is to be expected, since IIHS has encouraged automakers to focus on improving driver safety more so than passenger safety, the IIHS thinks it’s high time that passenger safety becomes a priority, too. In order to ensure carmakers are making improvements to passenger safety, IIHS will review each brand’s near-term engineering plans for passenger-side safety.

According to Russ Rader, an IIHS spokesman, carmakers “that haven’t made this change need to let us know that they’re moving up the timetable to make the change because we’ve had this test in place now since 2012, and the automakers have known about driver-side tests for several years before that. For those that haven’t made the change, we want to send the message that it’s time to do it on the passenger side.”

So, luckily for everyone, vehicles will become significantly safer in the future.