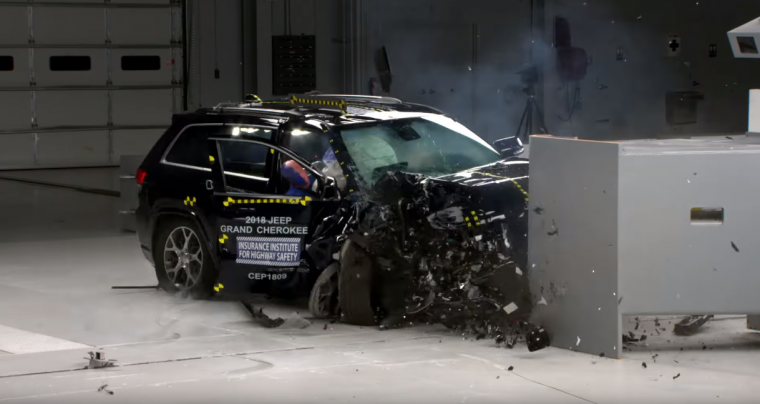 Back in October last year, the Insurance Institute for Highway Safety announced that it would be introducing a new crash test to its bevy of trials, after noticing that automakers were beefing up protection on the driver’s side to pass its drivers-side small overlap crash test but generally ignoring the passenger side. This new test would just be a small-overlap test on the passenger’s corner, and in principle, this test simulates a pretty plausible situation where the vehicle hits something like a building corner, a tree, or a pole just on the front right quarter of the car’s bumper.

Driving Smarter: Driving more efficiently can save you money

Now, about half a year later, things do not look promising for front passengers. The IIHS has conducted tests recently focusing on eight popular mid-size SUVs — a segment that encompasses some of the most popular vehicles currently available on the market.

Test results actually were somewhat all right. The IIHS set a goal for the passenger’s small-overlap test for the tested vehicles to receive either an acceptable or good rating to be considered for its Top Safety Pick+ title and six of the eight vehicles tested were able to make the grade.

However, the crashes were still plagued by worrying problems. Some of the vehicles’ structures around the passenger door buckled under the impact and others’ design allowed the dummy’s head to slide off the airbag and hit the dashboard.

One particularly bad test on the 2018 Jeep Grand Cherokee saw a side curtain airbag not deploy, the airbag letting the dummy’s head smack into the dashboard through the bag, the side structure collapsing in, and the passenger door flying open mid-crash, showing that there might be a risk the passenger could be thrown from the vehicle.

Better Protection: Hyundai wants to remind you to double-check the back seat

IIHS Chief Research Officer David Zuby summed the collection of tests, saying, “Although some vehicles in this group offer very good protection, in other models, the airbags, safety belts and structure showed serious deficiencies. In those SUVs, a front-seat passenger would be at risk of injuries to the head, hip or leg in a right-side small overlap front crash.”

So, for those automakers who performed well, great job! On the other hand, we have to think that it’s a good thing the IIHS is checking this now so we can see which vehicles are safer than others.