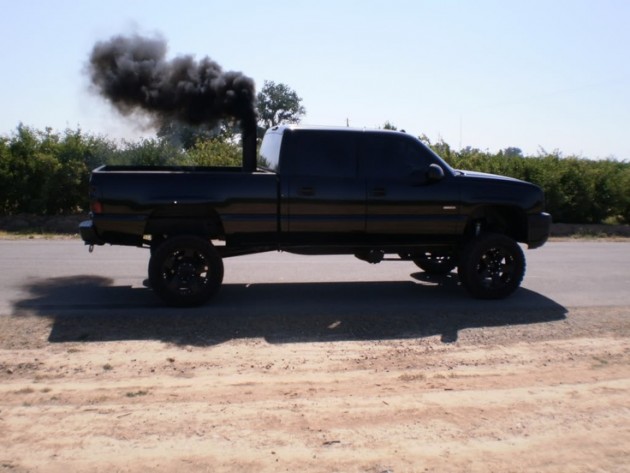 If you live anywhere in the United States, you’ve probably seen several people with seemingly more money than brains with lifted diesel trucks pour clouds of black smoke down the road for pure amusement. That’s called “Rollin’ Coal” by diesel enthusiasts, and it might become illegal in the State of Illinois.

To get a diesel pickup to pour clouds of sooty, polar icecap melting smoke, one must remove the emissions equipment that the Environmental Protection Agency requires manufacturers to install, then trick the truck’s computer into thinking it’s all still there. While the smoke stacks might be an impressive sight to some, many videos online show coal rollers using their trucks to blow diesel smoke on pedestrians, cyclists, police cars, and Prii.

Technically, the modification is already illegal under federal regulations set by the Environmental Protection Act, but the Illinois bill would amend the federal law and likely be strongly enforced, where a maximum fine of $5,000 would be collected from offenders.

...no person shall retrofit any diesel-powered vehicle with any device, smoke stack, or other equipment that enhances the vehicle's capacity to emit soot, smoke, or other particulate emissions, or shall purposely release significant quantities of soot, smoke, or other particulate emissions into the air and onto roadways and other vehicles while operating the vehicle.

Hopefully other states follow suit and ban the practice in the near future. Although amusing, rolling coal is dangerous for other cars and pedestrians and harms the environment. Watch the video below to see what we mean.