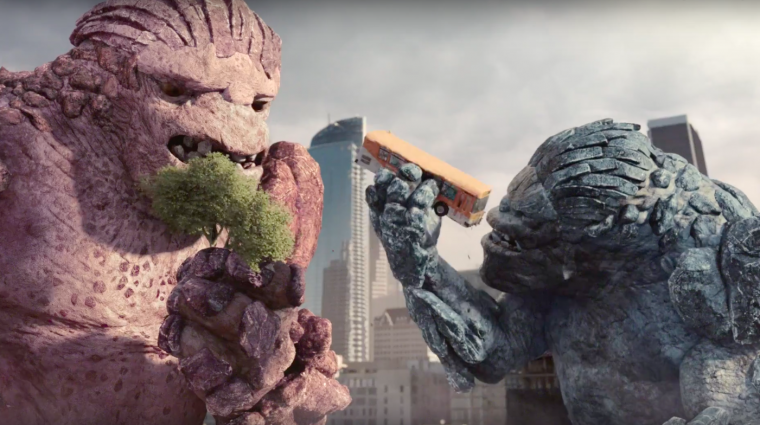 Honda is getting back to its roots with a new ad for the 2018 Odyssey minivan, in which the Japanese automaker embraces the Kaiju film genre.

Fans of giant monster movies, myself included, have been enjoying a genre renaissance of sorts in the last few years. Beginning with Pacific Rim in 2013 and the American Godzilla in 2014, classic creature features have been on the rise, leading to such recent achievements as Shin Godzilla, Kong: Skull Island, and Colossal, a delightful indie comedy that just happens to feature a massive reptilian monster and giant robot destroying the city of Seoul.

And now, Honda has crafted its own entry into the Kaiju genre, in the form of a one-minute ad for the new Odyssey titled “Keep the Peace.” Check it out:

The commercial begins with exciting footage of two giant monsters destroying a city, before revealing the scene to be based on the sibling rivalry of two “little monsters” fighting in the backseat of their parents’ Odyssey. The ad also neatly shows off the benefits of the minivan’s new Magic Slide second-row seats.

Of course, Kaiju films are best appreciated on the big screen, so the commercial will launch in theatres on June 16th, airing before family-friendly feature films like Despicable Me 3, Cars 3, and Captain Underpants.

Honda says that the ad is meant to target both adult vehicle customers as well as their children.

“When kids are happy, parents are happy, so the goal of this new campaign is to communicate that the all-new Honda Odyssey has the connectivity, functionality, flexibility and fun-to-drive handling to keep everyone in the family happy,” said Susie Rossick, Assistant Vice President of Honda Marketing.