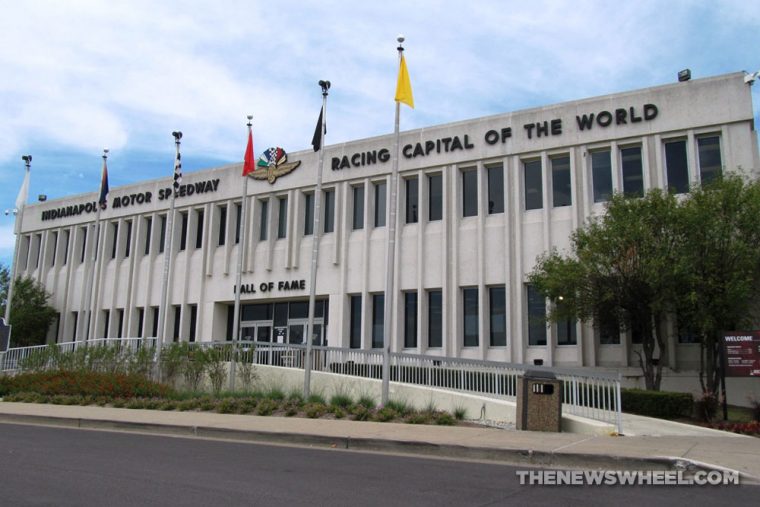 Few racetracks are as legendary as the Indianapolis Motor Speedway. Home to the Brickyard 400 and a pillar in Indy car racing, this 2.5-mile asphalt track has developed an impressive legacy over its 100-year existence. Originally developed as a testing track for production vehicles, this legendary stadium now houses millions of visitors each year–both for races and to visit the official Indianapolis Motor Speedway Museum.

Blast from the Past: Read about the history of the Indianapolis Motor Speedway 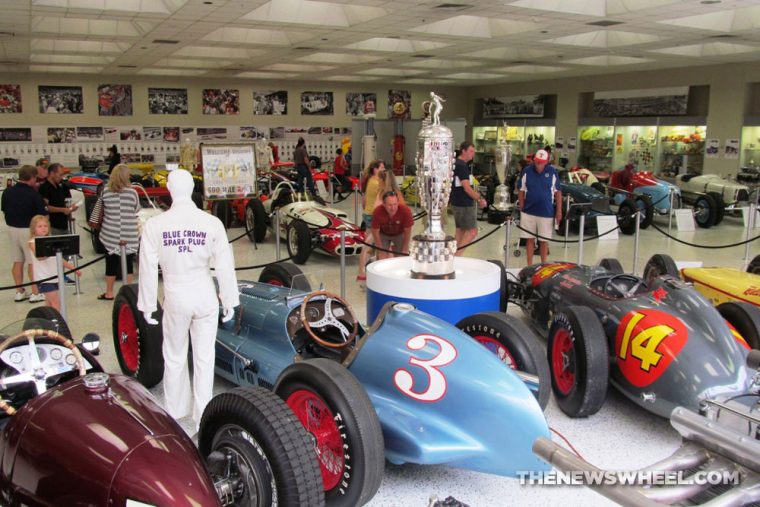 If you’ve never been to the speedway, you’ll probably miss Gate 2 to the visitor’s entrance on your first pass–like I did. Once you turn in and travel underneath the stands, you’ll see the museum and a fountain in front of the parking lot.

Once you enter the front doors of the museum, you’ll pass gift shops on either side of you and head to one of the two admission booths–left booth if you’re going on a tour, right booth if you’re staying in the museum. There’s also an information booth in between.

Museum admission will get you self-guided access to the dozens of classic race cars on display and the special exhibit (when I visited, it was a retrospective on Team Penske). The displays are spread throughout four rooms, including a recently-added North room overlooking the track. 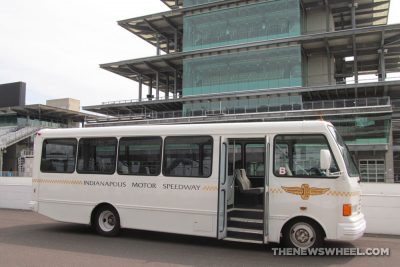 If you want to see the track up close, multiple tour options are offered:

Options 2 and 3 include admission to the museum. Because tours fill up on busy days, reserving tickets in advance (call 317-492-6784) is recommended. Upon arrival, you’ll receive a pin-back button and will be directed to a certain bus which will take you on your tour. Multiple announcements are made before buses depart, in case you need to use the restrooms located off the main lobby.

On your way out, stop at either of the gift shops and buy some gift merchandise from the wide selection of well-designed, unique memorabilia.

Depending on your pace, the museum will take you 60 minutes, while tours can take an additional 15-90 minutes. 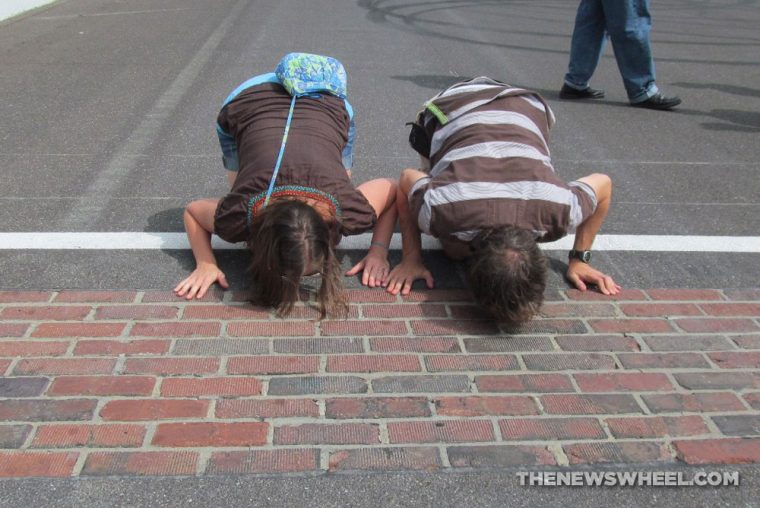 Near Indianapolis? Make a detour to this awesome classic car museum in Dayton, Ohio!

I’ve never been to a race at the Indy Motor Speedway, but I was still dying to see the venue.

I went with the VIP tour and, in spite of the price, I was not disappointed. While taking a lap around the track in the bus was nice (you could really feel the incline on the turns), walking around behind-the scenes in the media area was fantastic. Not only was it a fascinating way to see how a race is operated, it also gives great views of the track from the upper-levels. 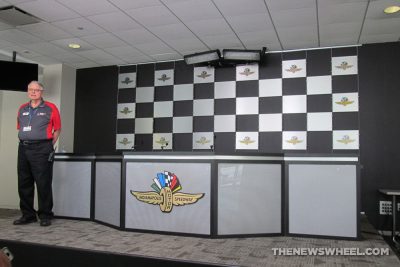 Our tour guide was incredibly nice and offered to take anyone’s picture who asked. He was also knowledgeable about the history of the track when asked specific questions. The bus driver even turned back and picked up a last-minute visitor for the tour as the bus was pulling away, which shows how the museum wants each person to have a good experience.

The facility itself is definitely more of a hall of fame than a museum, as indicated by its full name. The exhibits primarily consist of notable race cars from throughout the speedway’s history (all painstakingly preserved), with some of them accompanied by video footage of their feats. Some display cases show memorabilia from Indy motorsport racing and the track’s past, but not much.

There’s a photo op inside a gutted Indy car where you can use your own camera (donations recommended). And the kids will like getting their picture taken next to a large Turbo character (from the movie) replica.

If you’re visiting the Indianapolis Motor Speedway Museum, take one of the tours–especially the VIP tour. Although the hall of fame has its interesting points, the best way to see and learn about the speedway itself is with a tour guide exploring the track.