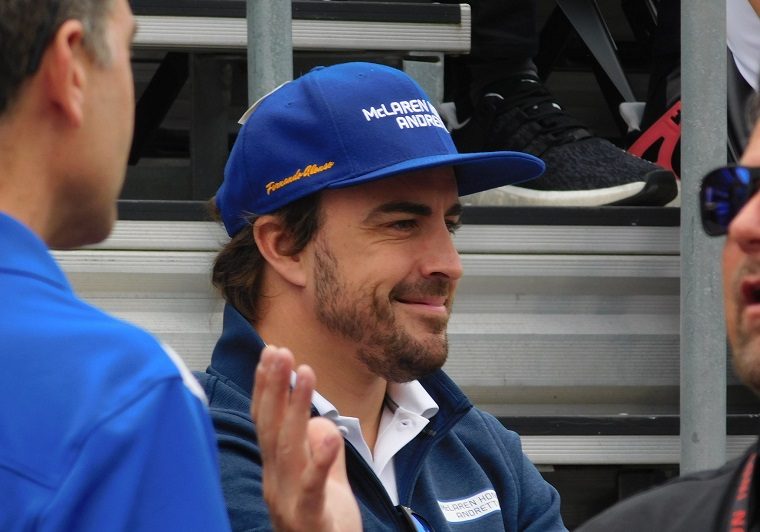 Alexander Rossi, winner of the 100th Running of the Indianapolis 500 in 2016 and a former Formula One driver, believes two-time F1 champion Fernando Alonso would be happy competing in the IndyCar Series.

“I think that, with Fernando, there’s not going to be any negative that comes from it and I think that he as a driver will just enjoy the chance that every single day he shows up at a racetrack, he has a shot at it. He doesn’t have that right now and hasn’t for a couple of years, and that wears on you,” Rossi said.

Alonso’s two F1 championships came in 2005 and 2006 and though he came achingly close to victory again in 2007, 2010, and 2012, he hasn’t been able to add to his tally since—and his time is running out. To make matters worse, he hasn’t won a race since the 2013 Spanish Grand Prix and there are no signs that the McLaren–Honda F1 team will suddenly become capable of winning races again in the near future.

To help distract him, Alonso skipped the Monaco Grand Prix this year to race at the Indy 500, where he captured the attention of motorsport fans around the world by qualifying fifth and leading 29 laps before an engine failure took away his chance at victory. But Alonso obviously had a great time and there has been talk of his joining the series as a full-time IndyCar driver ever since.

Now the rumors are amplifying. Alonso continues to be unhappy with his situation in Formula One. There is no room for him at the top teams and the Spaniard seems unwilling to continue racing at McLaren if the team doesn’t find a new engine supplier.

Meanwhile, over at IndyCar, Andretti Autosport—with whom Alonso raced at the Indy 500—is purported to be switching to Chevrolet power, which would mean losing its driver Takuma Sato, who is contracted to drive for a Honda-powered team. Many believe Alonso could take Sato’s seat if that were to happen.

Ultimately, it all depends on how McLaren intends to move forward in the future and whether it values its short-term relationship with Alonso more than its long-term partnership with Honda. In any case, it’s unlikely Alonso will ever get that third Formula One world championship he has been chasing for over a decade.