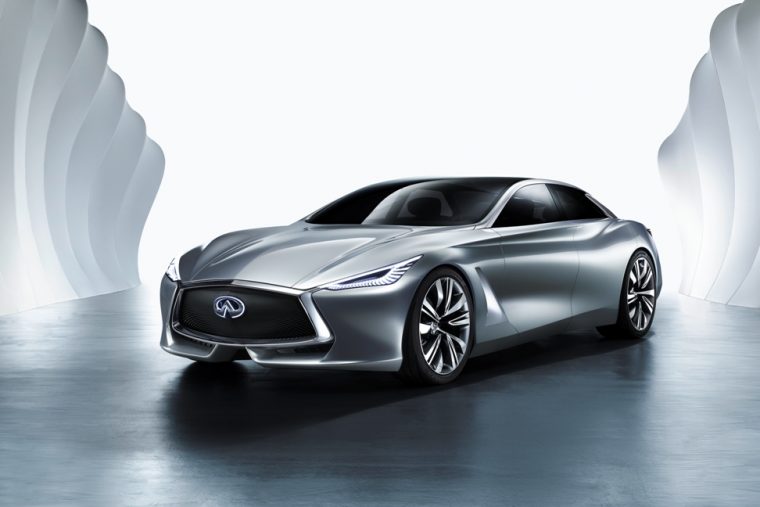 The Infiniti Q80 Inspiration Concept was at the event

The 2016 Pebble Beach Concours d’Elegance is more than just a car competition. Collector cars must be invited to the event to compete, and because of that attendees are typically either huge car fans or extremely wealthy drivers looking to possibly grow their collections. Luxury car brands routinely have a presence at the Pebble Beach Concours d’Elegance, but this year Infiniti was looking to blow the competition out of the water.

The Infiniti Pavilion at the Pebble Beach Concours d’Elegance was truly an interactive experience, called DRIVEN BY EMOTION. Each visitor was given a wearable armband device, and as they walked around and viewed the vehicles on display the armband registered their emotional reactions and how they were moving. The information collected included muscle cell electric activity, specific gestures, and body movement. Cameras around the pavilion detected facial expressions for overall room sentiment, and microphones near the cars could pick up if one model was causing more conversation than the rest. Sensors on each car could pick up if a visitor spent more time at one particular vehicle over others, and finally, the steering wheel in the all-new Q60 could sense heartbeats to gauge excitement. All of the information was then compiled to create works of art on the LED screens that was constantly moving and evolving as the mood of the room changed.

To really grab the attention of show attendees, Infiniti also hosted the first ever Pebble Beach Concert on Friday, August 19th to kick off the car show proceedings.  Band OneRepublic headlined the concert, and attendees could stand and watch the music or participate in a charity wine and cheese tasting, with all proceeds going to support the Pebble Beach Company Foundation and Soberanes Fire Relief Efforts.

The Pebble Beach Concours d’Elegance sounds like a great time, and the amazing cars on display certainly don’t hurt. In case anyone was wondering, The News Wheel is always available to attend luxury car shows (hint, hint).