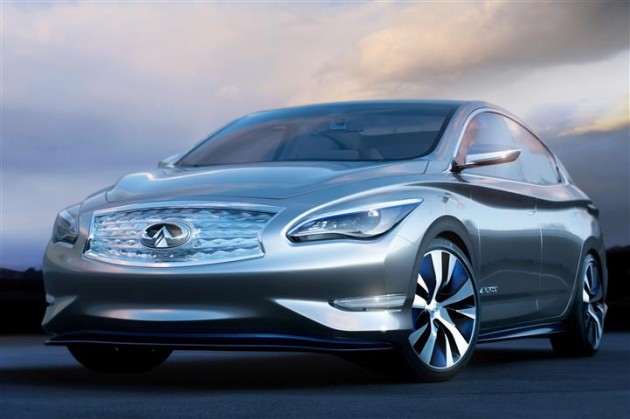 The Infiniti LE concept was unveiled in 2012

When you look at the electric cars on the market, there is one big brand that is missing. Infiniti, the luxury arm of Nissan, has so far declined to produce an electric car. It seems kind of odd, considering that the Renault Nissan Alliance has sold more electric cars than any other company in the world.

Every few months or so, it seems as if the automotive world calls Infiniti for a chat, and to ask if it is thinking about electric cars. I imagine it’s in the same tone of voice your mother has on the phone when she asks if you’re bringing a date to Thanksgiving this year.

Emirates 24/7 took up the mantle this time, asking Infiniti’s Middle East boss Juergen Schmitz when Infiniti would consider an electric car. It was a fair question, considering that they were discussing Infiniti’s lineup changes through 2020. Schmitz confirmed that an electric car is not part of any of those plans.

If Infiniti were to change its mind, it could lean on Nissan to get production up and moving fairly quickly. In 2012, Infiniti brought the Infiniti LE concept to the New York Auto Show, but then the production model was put aside for other priorities.

I’m wondering how long Infiniti will tolerate these repeated questions before it decides to give in and build an electric car.

Update: A previous version of this article incorrectly stated that Infiniti does not produce hybrid vehicles. It currently offers two hybrid models.