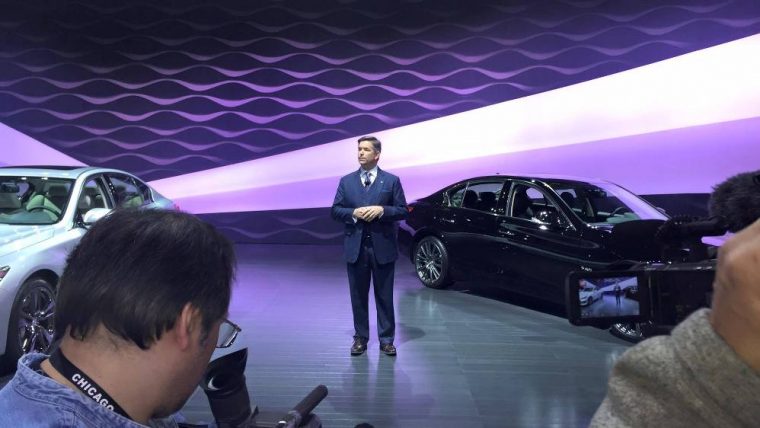 Infiniti North regional vice president Tony Gardina took the stage at the Chicago Auto Show today to tease show attendees with the exciting future the brand has in store for 2016. Joining him in the Infiniti booth were three different versions of the upcoming Q50 sports sedan to excite the assembled press.

First, Gardina introduced the 2016 Infiniti Q50 Red Sport 400, which was introduced at NAIAS last month. He then said that there would be three all-new power plants available in 2016 for the Q50 that are turbocharged. Making its public debut was the 2016 Infiniti Q50 3.0t, which packs 300 horsepower under the hood. The engine at the heart of the Q50 3.0t  is a VR-Series 3.0-liter V6 Twin Turbo that achieves 295 lb-ft of torque. It also has an aluminum-alloy block and head and E-motor valve timing control, and includes water-cooled air charging to produce immediate acceleration.

If 300 hp isn’t enough, there will also be a 400-hp version (300 lb-ft of torque) of the Q50. According to Gardina, that’s the most standard horsepower available in its class in a non-specialty model. The third 2016 Infiniti Q50 on the stage with the vice president was the Infiniti Q50 2.0t, equipped with a 2.0-liter turbo inline-4 engine, produced in partnership with Daimler, that achieves 258 lb-ft of torque and 208 hp. Hybid fans should rest easy knowing that the Infiniti Q50 Direct Response Hybrid will continue to be sold in 2016, even if it didn’t make the Chicago stage. 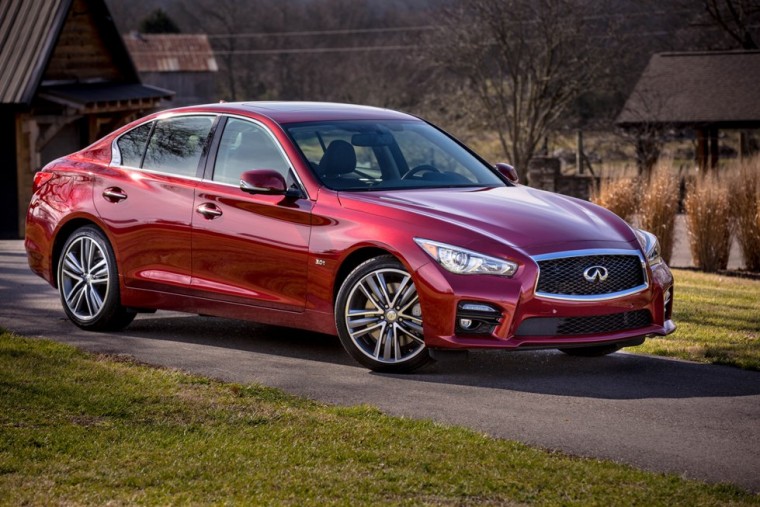 Gardina also confirmed that the redesigned 2016 Infiniti QX60, capable of carrying up to 7 passengers, will be available in Infiniti showrooms next month. It will also be available with new safety technology, including Forward Emergency Braking with pedestrian detection and Predictive Forward Collision Warning. The Infiniti QX30 is also on schedule to arrive in dealerships this summer, with the Q60 coupe following late in 2016.

As if you needed another reason to buy an Infiniti, Gardina reminded the assembled crowd that every single Infiniti model is available with all-wheel drive to conquer weather conditions around the country.