Infographic: The 10 States with the Most Remaining Drive-In Theaters

Earlier this month, The News Wheel published an article about the decline of drive-in theaters across America. During their heyday in the 1950s and 1960s, thousands of drive-in locations dotted the country.

Today, it is estimated that somewhere around 330 of these outdoor theaters remain, hindered over the course of decades by emerging in-home entertainment systems and evolving film formats. Most states have fewer than 10 remaining drive-in theaters, with many states having no drive-ins at all.

Decline of the Drive-In: An American Classic Lost in the Modern World 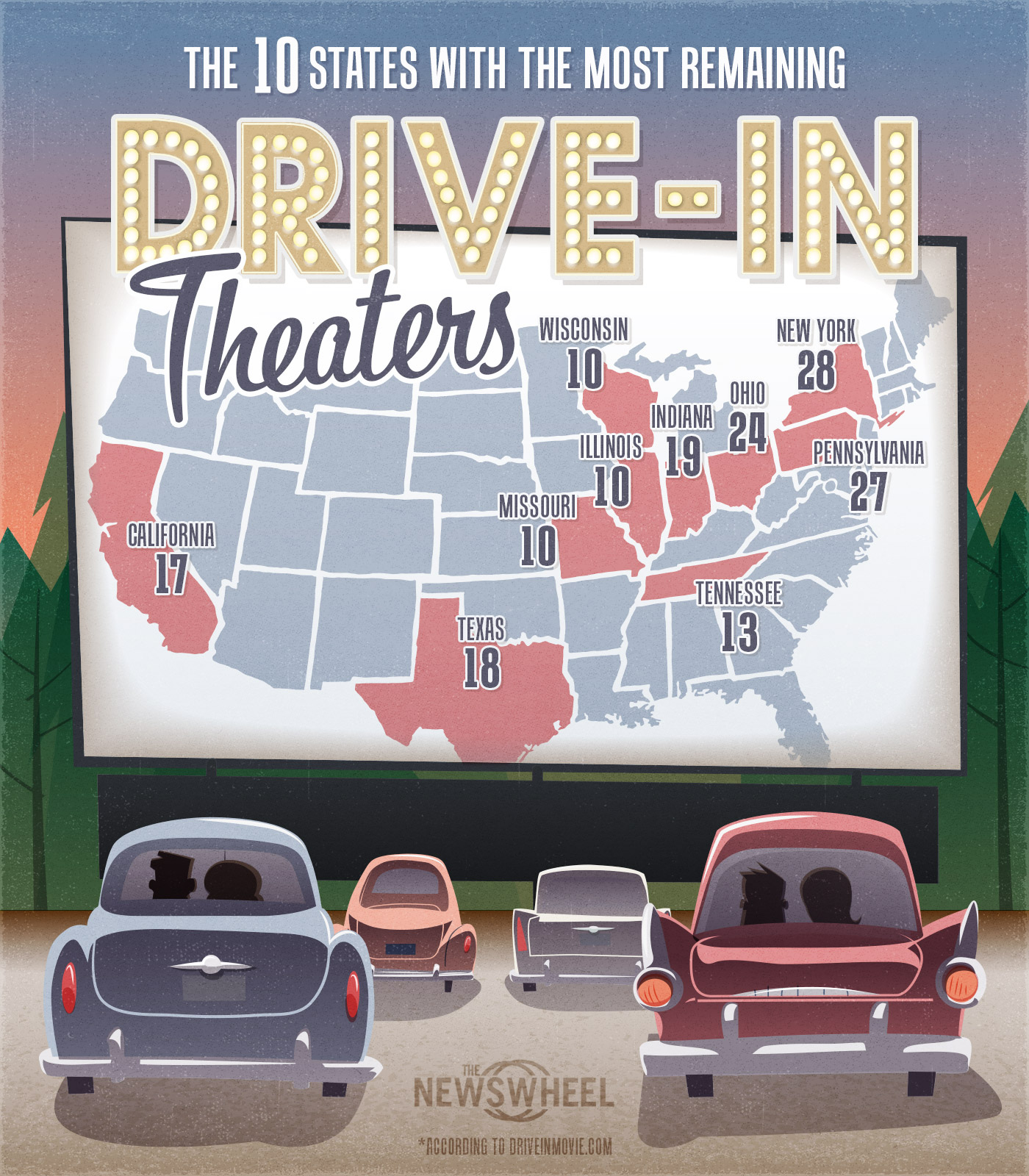 Drive-In Do’s and Don’ts: What to Bring to a Drive-in Movie