Infographic: The 12 U.S. Cities with the Most Food Trucks

Throughout the beginning of this week, thousands of Americans will begin embarking on an exodus to reach a relative’s house in time for Thanksgiving dinner on Thursday. Once there, they will likely enjoy holiday staples, such as stuffing, pumpkin pie, and, of course, turkey.

Still, while the majority of motorists will be hitting to road in order to reach their Thanksgiving destination, there will undoubtedly be a handful of individuals who hit the streets for an on-the-go meal, courtesy of a food truck. During the past few years, food trucks have begun popping up on city streets at an accelerated rate.

While American cities are constantly adding new trucks to their fleets of eateries on wheels, several of these metropolises are already ahead of the curve when it comes to the food truck craze. If you are a food truck fanatic at heart, then you’ll want to plan a road trip of your own to the 12 U.S. cities with the most food trucks.

An Eerie Tour of America: America’s Most Haunted Roads 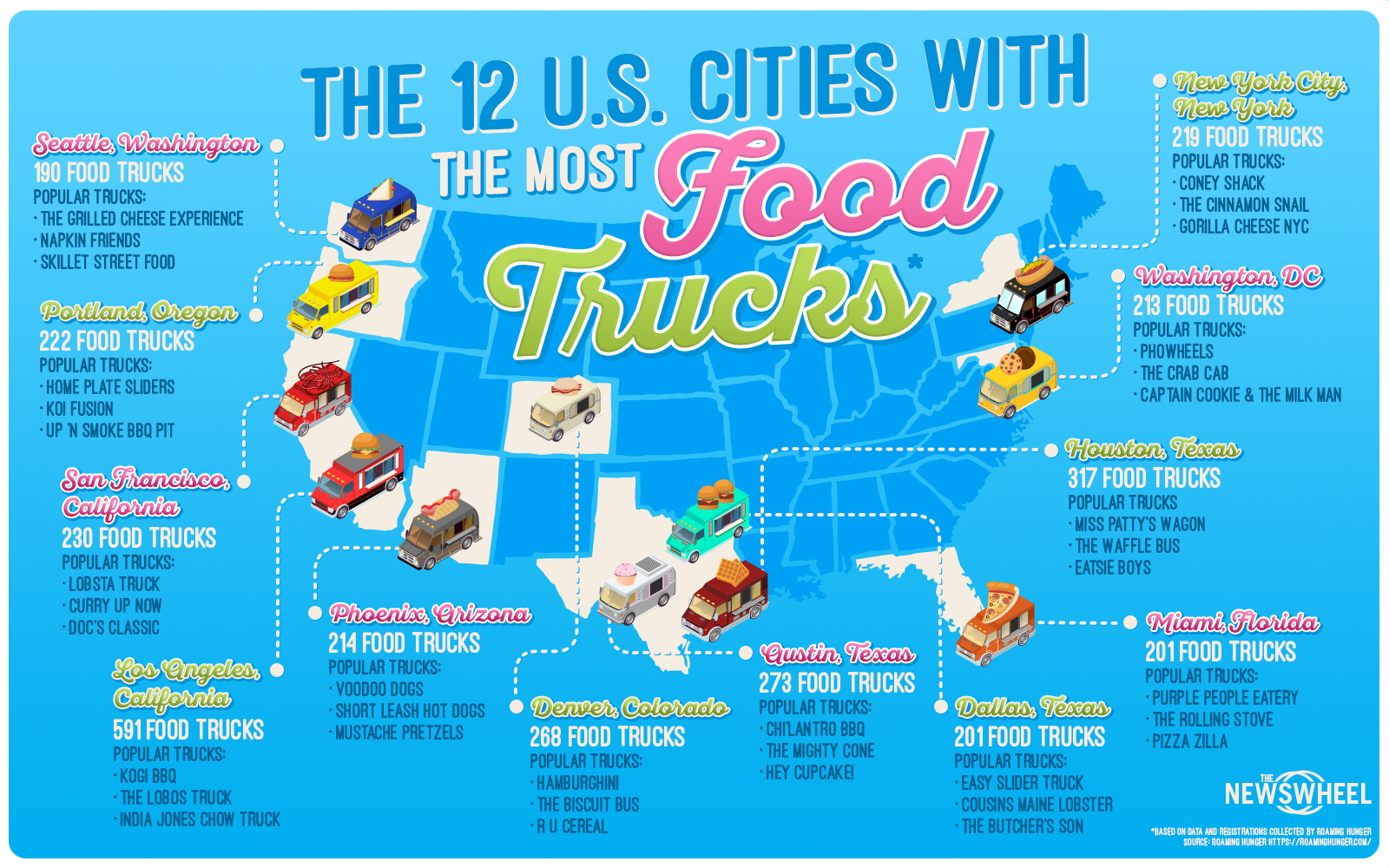 Laws to Drive You Crazy: Weirdest Driving Laws in America