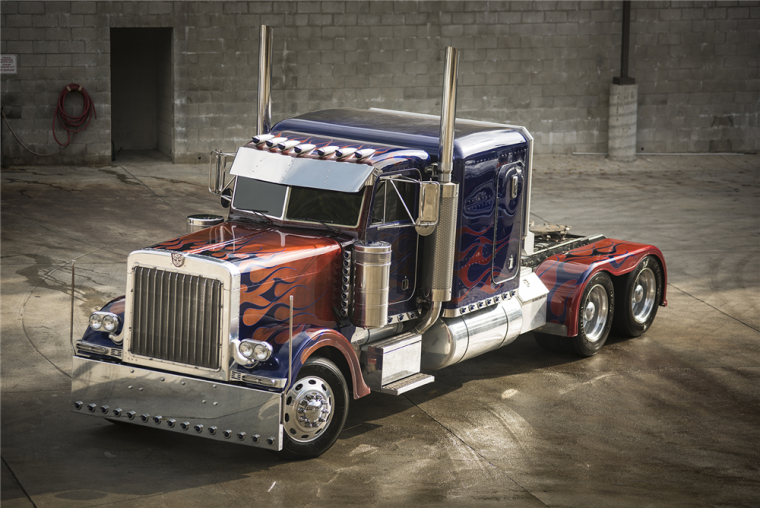 Have you ever wondered which was faster—Optimus Prime or the Ecto-1?

How about which one is more within your budget?

Well, you can wonder no more, thanks to NetQuote.com. The online insurance quote provider has created a series of infographics ranking the top speeds and price tags for a variety of iconic fictional rides from film and television.

First, the site created a list of their favorite fictional vehicles, which included the Batmobile from Dawn of Justice, Black Beauty from The Green Hornet, KITT from Knight Rider, Max Rockatansky’s Pursuit Special from Mad Max, the time-traveling DeLorean from Back to the Future, Luke Skywalker’s X-34 Landspeeder from Star Wars, Speed Racer’s Mach 5, the Fantasti-Car from The Fantastic Four, the Red Mist Mobile from Kick-Ass, the Hell Cycle from Ghost Rider, Lone Starr’s Eagle 5 from Spaceballs, the Ecto-1 from Ghostbusters, Tony Stark’s Acura NSX concept from The Avengers, Optimus Prime from Transformers, and the Joker’s Vaydor from the upcoming Suicide Squad.

While you may quibble with some of the selections (how does Iron Man’s NSX concept beat out James Bond’s Aston Martin concept on a list  of the “coolest” vehicles?), overall, it’s a pretty decent list, and the comparison of top speeds provides some interesting revelations:

For the title of fastest fictional ride, KITT’s 540-horsepower V8 somehow managed to edge out the Mach 5’s 1,700-hp V12, with a top speed of 300 mph. At just 90 mph, the slowest vehicle was Johnny Blaze’s Hell Cycle from Ghost Rider, which marks the first time in film history that something in a Nicolas Cage action movie can be described as “restrained.”

Of course, the ability to get airborne can make all the difference when it comes to speed: 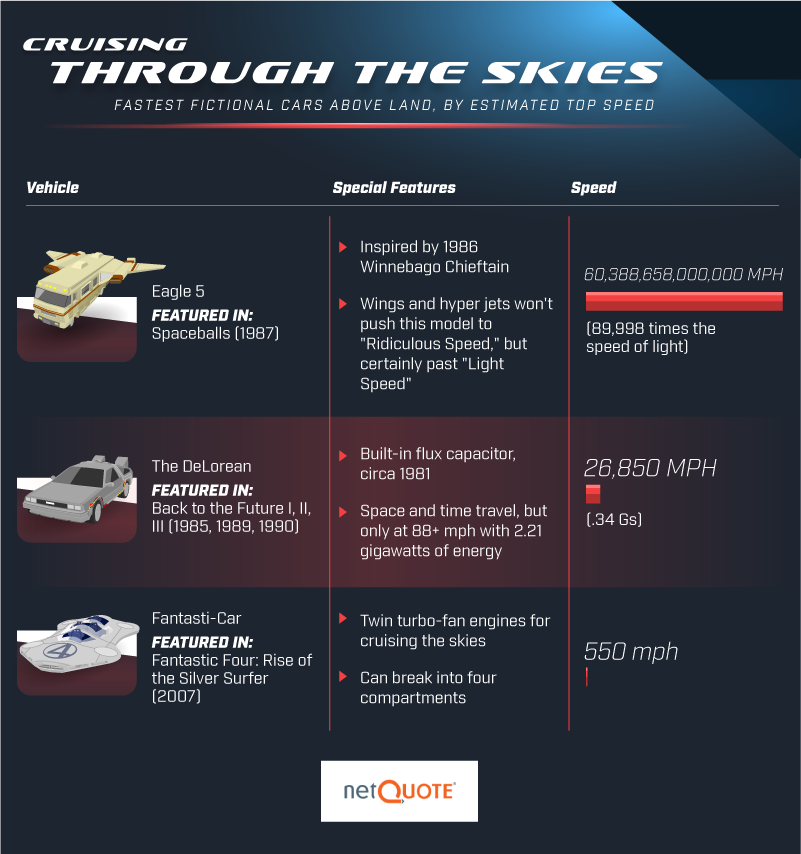 Yes, the Winnebago-with-wings piloted by Lone Starr in Mel Brooks’ sci-fi parody Spaceballs is capable of 60,388,658,000,000 mph (or, as it’s known in the film, “ridiculous speed”). By comparison, Doc Brown’s DeLorean and the Fantasti-Car seem relatively tame.

Another infographic ranks the various vehicles by cost, proving that KITT is not only the most powerful pop culture car in existence, but the priciest, as well:

NetQuote didn’t provide any car insurance quotes for these vehicles—but if you have to ask, you probably can’t afford it.