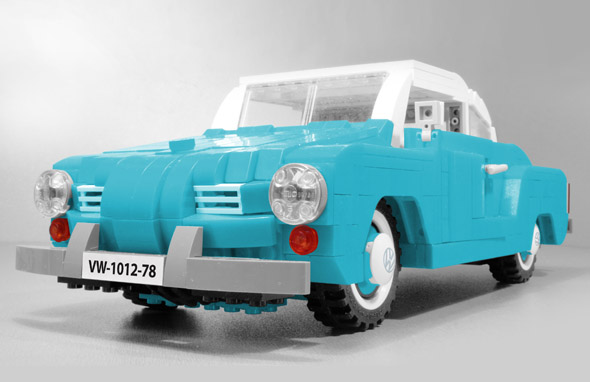 LEGO bricks offer expansive possibilities for imagination to become reality. While constructing one-of-a-kind creations is undeniably fun, it’s a rewarding challenge to adapt a real-life object into a LEGO-scale model, such as a car. We at The News Wheel are big fans of LEGOs–especially when they’re used to honor classic cars of yesteryear.

Innovator Vibor Cavor shares the same love of cool cars and plastic bricks. He’s currently campaigning via the LEGO IDEAS program for a model he’s designed from scratch based on the Volkswagen Karmann Ghia. The IDEAS program gives everyday fans the opportunity to pitch their ideas for LEGO sets to the company, but it relies on the votes of fans like you!

VW Karmann Ghia: From the Inspiration…

Vibor Cavor is no stranger to LEGOs or to classic cars. The skilled builder is well-known in the car world as someone who expertly erects scale models of vehicles out of LEGOs. A member of Croatia’s LEGO user group, Cavor has had his work exhibited in his country and abroad.

As a gearhead with a fondness for underappreciated cars, Vibor revels in constructing models of unusual, off-beat vehicles. In the past he’s tackled the likes of the Mercedes 540K, Opel Blitz, Auburn Boattail speedster, and the Buick Roadmaster. 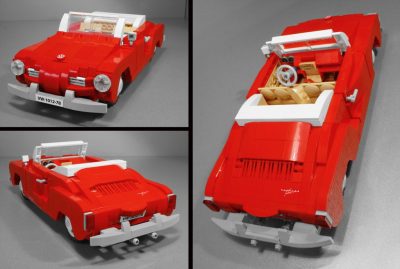 Now, Vibor Cavor’s attention has focused on the revered Volkswagen Karmann Ghia, a stylish sports car that was sold as a coupe and a convertible between 1955-1974. Back in its heyday, the Karmann Ghia was the most-imported car in the United States and was revered for its styling that combined German and Italian influences.

Undeniably, the unique form and unconventional beauty of the Karmann Ghia makes it a prime candidate to be adapted into LEGOs.

Considering that LEGO has already released official sets of other Volkswagen models like the camper van and the Beetle, the Karmann Ghia seemed like the next in line. “I wanted to make a project model especially for LEGO IDEAS, but it had be an iconic old-timer which would actually accompany existing LEGO CREATOR models,” explained Cavor. “For some time, I looked at a die cast Karmann Ghia model on my shelf and eventually decided that I had to do it in LEGO.”

…To the Finish LEGO Product

But, adapting a complex, full-size vehicle made of molded metal and glass into a pint-size replica of plastic bricks is no easy task. 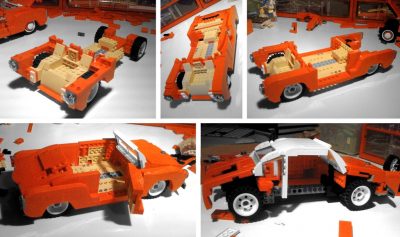 “It was rough at the beginning because it had to be built like a LEGO set, which meant being as accurate as can be while being visually appealing and firm in construction to be held. This particular model was tough because it has many curvy parts, curves that end in particular angles.”

Vibor began adapting the Karmann Ghia by assembling a loose imitation of the vehicle’s shape using a variety of brick combinations until he found an arrangement that worked. “By looking at an initial “sketchy” model, I could easily decide on where to use certain colours. Red was an obvious colour because it fits the model aesthetically and also because of the variety of parts made in that colour. Though if it ever makes it as a set, I’d prefer it in LEGO medium azure.”

From there, Vibor went to work on the details. “Play-ability was not to be left out. Doors open in a unique way. I didn’t want any hinges to be seen so the doors are actually attached by a single LEGO Technic pin that’s tough enough to hold the doors and open smoothly…The bonnet opens, revealing a spare wheel and a compact suitcase. I also wanted to make the engine removable so you can actually play with the engine itself. Since I wanted to make a complete model, I also made decals that contribute to accuracy. So there are decals for the radio set, clothing in the suitcase, and brand’s insignia.”

It goes without saying that Vibor Cavor has done a phenomenal job capturing the form and spirit of the Karmann Ghia in this LEGO set.