Inventors Race To Save Kids in Hot Cars 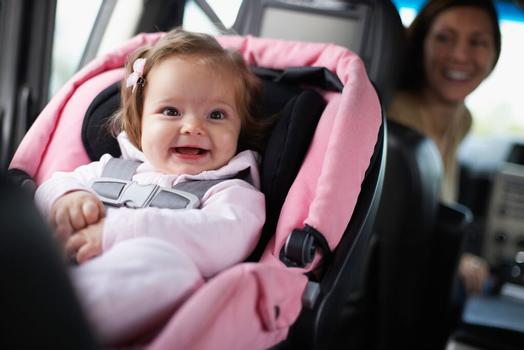 So far this year, 23 children have died after being left in hot vehicles, which is near the total number of children killed for all of 2015. The US government and several non-profit agencies are doing what they can to slow down the death rate, but it’s clearly not enough. Many of them say that the worst part of this epidemic is that many times the child is left in a car by accident, either because the caregiver is not used to having a kid in the car, they are too exhausted to remember, or they are distracted by something else. No one wants to have to try and console a parent for a death that was avoidable and essentially their fault.

Bound for Rio: Learn more about the athletes on Team USA that BMW is helping to send to the Rio Olympics

Two Florida developers put their heads together to create Sense-a-Life, a device to remind caregivers that there is a child in the vehicle. While some newer car seats come equipped with similar technology, this is an aftermarket product that can be added to any seat. A sensor is slipped between the seat’s structure and the padding, and a sensor is placed on the car door. If the door opens, an audible alert goes off to remind the driver to get the child out of the car. If the device still senses weight in the car seat, it will text the driver on their phone.  If a certain time threshold is reached, and the child is still in the car, the device can text an alternate caregiver.

Young and In Charge: Check out the facts young drivers need to know before leasing a vehicle

While this device might sound simple and silly, the rising death toll in America from hot cars proves that it is needed. The Sense-a-Life’s Kickstarter campaign has failed, but they seem to be changing their strategies to go after car and baby seat manufacturers as clients instead. Hopefully their device, or something like it, will come on the market soon to save lives.