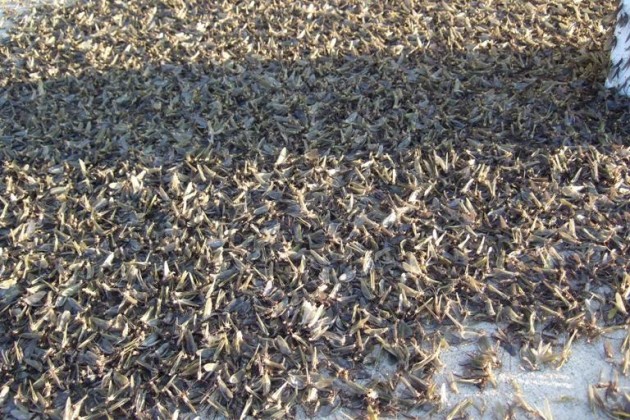 If they weren’t on summer vacation, the local kids would probably receive a mayfly day. Or at least a mayfly two hour delay.
Photo: Ohio Sea Grant

It’s Mayfly-Mania 2: Heart of the Swarm! Last month, we reported on a Pennsylvania Bridge that was shut down due to a fine coating of mayflies. Evidently, Iowa has a worse mayfly problem, as emergency crews had to be called in to plow away piles of the insects from a bridge last Saturday night. 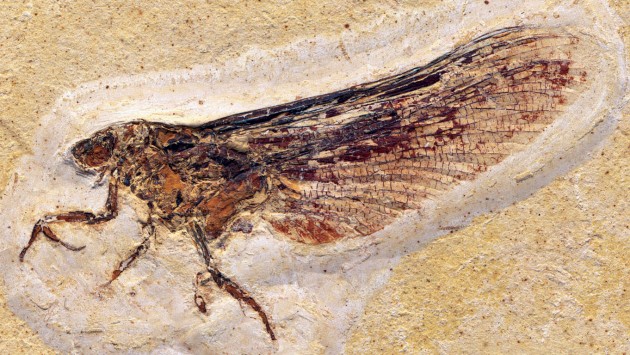 Since ancient times, the mayfly has been messing traffic up
Photo: Dr. Günter Bechly

Emergency crews responded to a distress call concerning a car stuck on the bridge that connects Sabula, Iowa to Savanna, Illinois. When they arrived, they were greeted by a sight straight out of the Book of Exodus: a knee-high pile of mayflies.

WQAD reports that Sabula city council member Teena Franzen and her son were on a ride-along in a police cruiser when officers responded to the call. After arriving, Franzen recorded the incident in the video featured below.

Much like with the incident in Pennsylvania, a pair of motorcyclists lost control of their vehicles trying to maneuver across the bridge. Luckily, no one was injured. 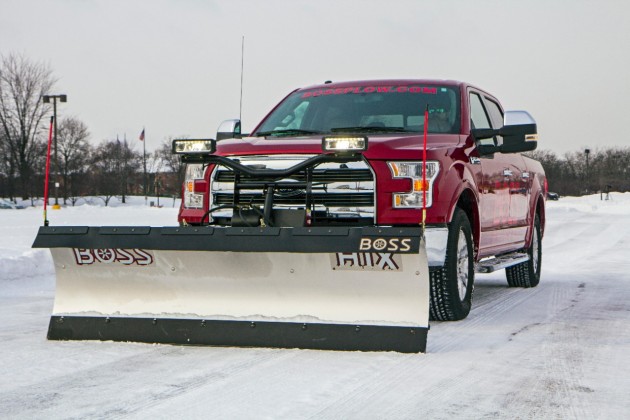 Just your average equipment needed to deal with mayflies

The Iowa Department of Transportation is currently turning off the lights over the bridge for the next few weeks to deter more mayflies from coming. However, despite their best efforts, experts say this may be only just the beginning of mayfly swarms during late summer in the area.

Whether you call them mayflies or shadflies, these little pests have quite the talent for slowing down traffic. By the end of summer, we might just have a mayfly trilogy!