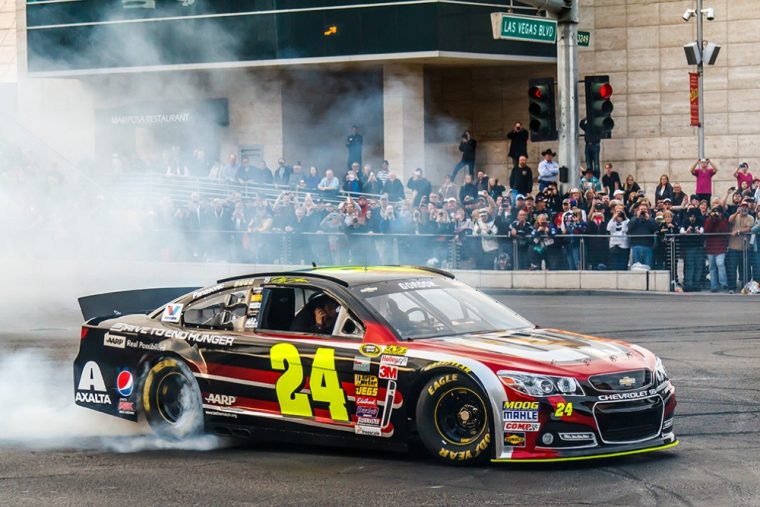 Jeff Gordon made his final NASCAR Sprint Cup appearance behind the wheel of the number 24 Chevy this past Sunday. As he ended his 23 seasons with a sixth place finish, Gordon handed off his helmet to team owner Rick Hendrick and hugged his family as assembled fans and drivers cheered. I can practically hear the triumphant symphony playing like at the end of an inspiring sports movie.

Over the River and Through the Woods: Consider these road trip games for your Thanksgiving drive

It’s a well-known fact that Jeff Gordon is not totally leaving racing, as he has already signed on to do race commentary with Fox in 2016, following in the footsteps of many great racers like Dale Jarrett and Darrell Waltrip to the press booth. If you were hoping for just a bit more time with Gordon behind the wheel, you might be in luck, according to his manager, Zak Brown.

Zak Brown had a discussion with AutoBlog, and he has a feeling that Jeff Gordon could possibly move on to other types of racing in the near future. While the road race NASCAR events at venues like Watkins Glen International and Sonoma Raceway (which actually require drivers to turn right) are difficult for many competitors, Jeff Gordon has consistently performed well. Brown continued to say “I think that Jeff will take 12 or 24 months, and then when the right opportunity comes along, he’ll be back.”

If Jeff Gordon does return to racing, where will he go? His manager speculates that Gordon might be a good fit for endurance races, and the driver himself has mentioned that he would be interested in participating in the famed 24 Hours of Le Mans race.

To be fair, the person speculating the loudest about Gordon’s return behind the wheel is also one of the people who would profit the most from such a move, so I am not taking what Zak Brown says as a promise. Wherever the road takes Jeff Gordon, to the booth or back to the track, I wish him well. It’s truly the end of a NASCAR era.