Is Limp Bizkit Playing a Secret 4/20 Show at a Sunoco Gas Station in Dayton, Ohio? 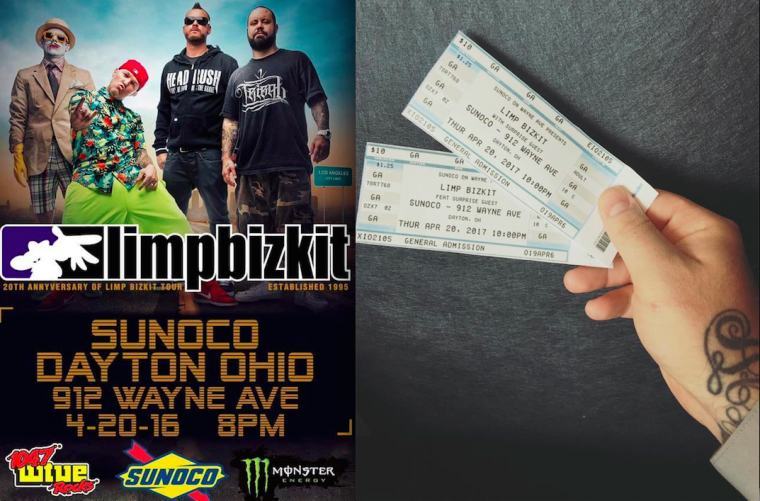 What are you doing on April 20th, AKA 4/20, the holiest of #high holy days on the pothead’s calendar?

If you live in or around Dayton, Ohio, you may be tempted to check out Limp Bizkit’s super-secret live show at the Sunoco gas station on Wayne Avenue.

One almost assuredly apocryphal tweet (above) seems to have spawned a very real, very active, and very hilarious Facebook event page dedicated to the concert. At the time of writing, 4,400 people have been invited, of whom 1,100 have expressed interest in going and 1,500 have pledged to attend.

But is it legit? Could the once popular and eternally obnoxious nu metal band really have fallen so far from their 1990s peak that they are now headlining a free show at a downtown Dayton gas station?

And not even one of the downtown Dayton gas stations that is positively reviewed online?

Yo, Limp fans: please potty before the show

Who can know for sure? Right now, the Facebook page’s comments are littered with Doubting Thomases insisting that this secret show is a hoax, along with an equal number of true believers who are reminding the skeptics that they “GOTTA HAVE FAAAAIIIIIIIITH.”

One thing is for sure, though—there is a firm consensus regarding hype: 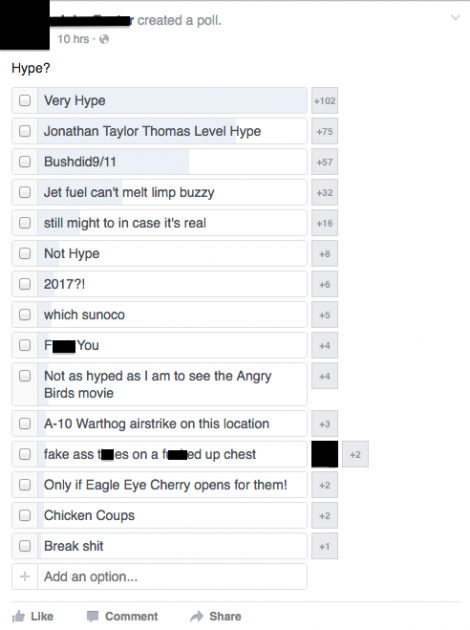 Many of the other comments are from aspiring vendors who are looking to set up shop at the event and supply concertgoers with everything from puka shell necklaces to bottled hot dog water. Many of the offers seem fake, but I would lend the most credence to the guys who are promising to sling bootleg tour t-shirts in the Kroger parking lot across the street, because they’ve set up an honest-to-God Etsy page and are charging $10 a pop. 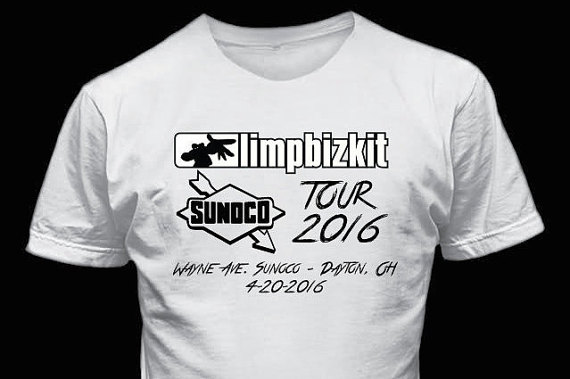 Of course, the official Limp Bizkit website doesn’t list any upcoming tour dates, and there’s been no word on this from baseball cap-loving frontman Fred Durst—who, by the way, is now 45 years old, the exact same age as Ted Cruz.

Doesn’t that make you feel kind of old? 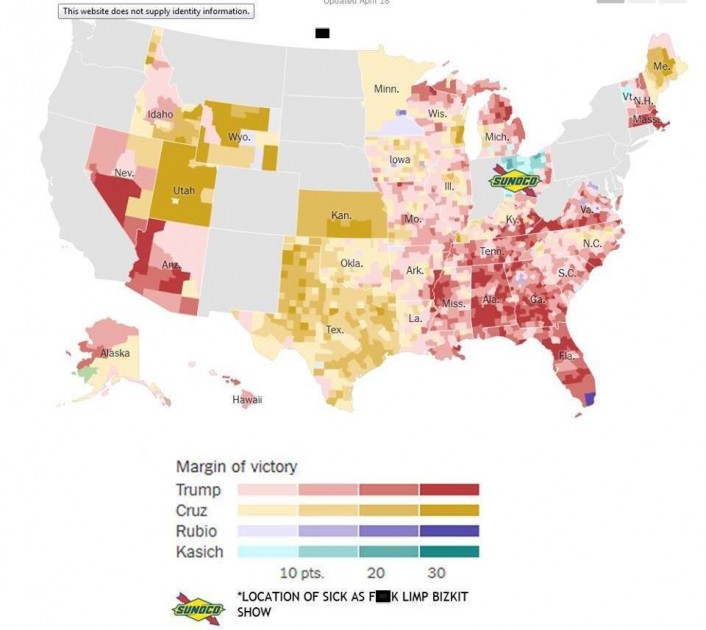 Okay, let’s be clear—this whole thing is definitely a joke (and a pretty good one at that). But I want it to be real.

As a real-life Daytonian, I want to believe that Limp Bizkit is playing a 4/20 show at the rundown Sunoco on Wayne Ave. And I want Korn and Slipknot to share a double bill inside the Brown St. UDF’s walk-in beer cave. And I want the Insane Clown Posse to perform a Faygo-fueled set in the soft drink aisle of Kroger. And I want 50 Cent to do an autograph signing at the liquor store by the Dayton Mall.

Wait, that last one is actually happening?!??

We’re livin’ in the days where the magic exists, y’all.

I traveled to the Sunoco gas station in question and found these two notes taped to the front door: 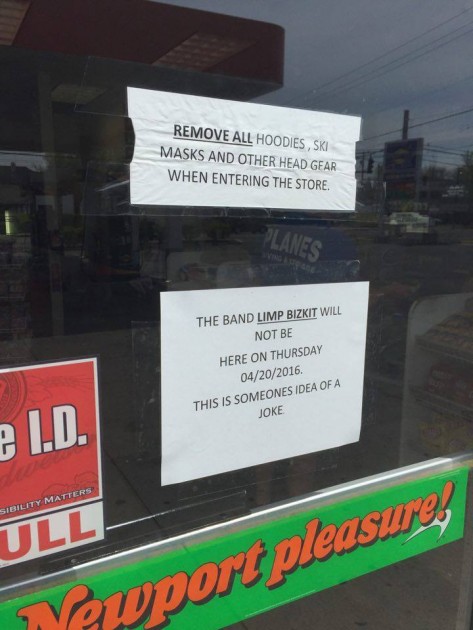 I find both of these signs troubling: not only does the bottom note seem to suggest that this super-secret 4/20 Limp Bizkit show is not happening, but the top note’s demand that “all head gear” be removed before entering the store appears to discriminate against Fred Durst and his signature red New Era Yankees cap.

The woman working behind the counter saw me taking the photo with my phone and asked me to please post it on social media and spread the word. She said it had been a crazy day, and that they had needed to unplug their phone because so many people were calling in to ask about the concert and request VIP tickets.

I also drove down to the other Sunoco gas station on Wayne Avenue and asked the clerk there if he had experienced something similar. He said that there had been calls, but he hadn’t needed to unplug the gas station’s phone.

Then he told me, “It’s actually happening at the other [Sunoco] down the street.”

Is that a confirmation that this show is on like Donkey Kong? I choose to believe yes.

Okay, the boys themselves (Fred, Wes, and the two guys who aren’t Fred or Wes) have responded to our article:

Hey, thanks Limp, props to you guys, too.

I went to the Bizkit Sunoco show and it was off the chain, yo.