Is Sneezing While Driving Dangerous? Studies Blame Nose for Millions of Car Crashes

Should sneezing behind the wheel be banned? 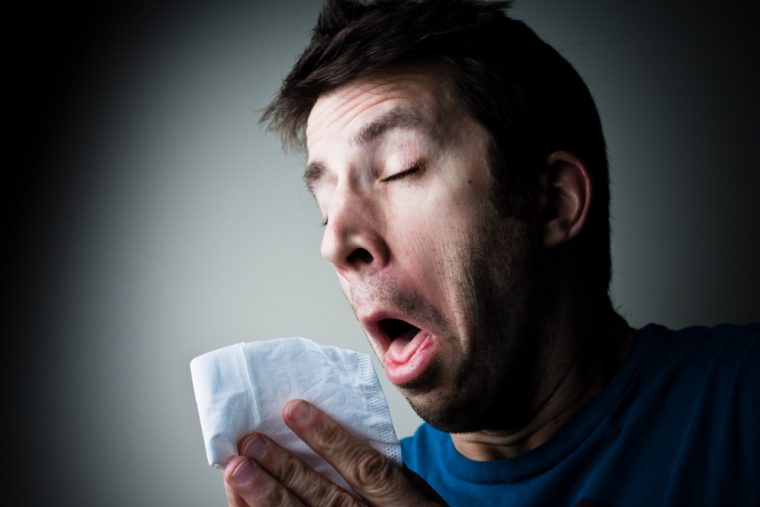 Haven’t you always worried this would cause an accident?
Photo: Allan Foster

It’s probably your biggest fear when you’re driving. Not wild deer running into the road, not rogue semis straying from their lane. The monster is inside…and it bids you “Achoo!”

Whenever you feel a sneeze coming on as you’re driving down the highway, no doubt you’ve been overcome with panic. What if you lose control when you sneeze? What if you accidentally swerve your steering wheel or slam on a pedal?

We all experience that same fear, but how many of us actually have caused a car wreck by sneezing? According to multiple studies, quite a few happen, apparently.

The Danger of Sneezing While Driving 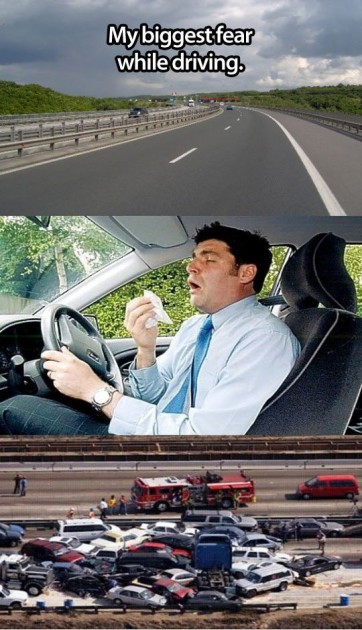 According to research by Olbas Max Strength cold and flu treatment, more than two million drivers have reportedly crashed because they sneezed behind the wheel. A third of adults polled say driving is the worst time to sneeze, and 7% report causing a road accident due to sneezing.

Another study (Halfords Autocentres) found that 9% of Britain’s drivers admit to taking their eyes off the road due to cold or flu symptoms. That translated to 2,500 accidents a week during the winter and nine deaths per day. That’s because every time you sneeze on the highway, you’re travelling at least 50 feet with your eyes closed.

Public safety and police officials suggest that drivers with colds, flus, or other conditions involving sneezing fits simply don’t drive. If you’re in good health but feel a sneeze coming on, find a way to pull over to the side of the road

“Sneezing can be very violent, causing the sufferer to close their eyes temporarily, especially with a severe cold,” Steve Rounds, a British police official, said in an interview. “Driving a car with such symptoms would certainly be irresponsible and could be held as an aggravating factor in any accident that led to a death or serious injury, laying the driver open to a charge of causing death by dangerous driving.”

Unfortunately, this means Sneezy should probably never get his driver’s license. Maybe the other dwarfs will make better candidates.