Is That an Audi in Miyazaki’s ‘Spirited Away?’ 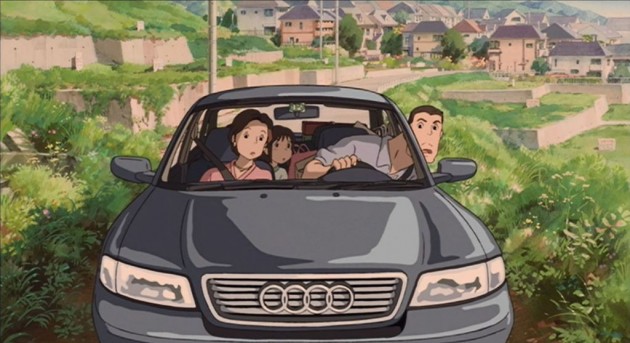 The front of the Ogino family car, an Audi
Photo: Studio Ghibli/Toho

One of the qualities of what makes Hayao Miyazaki’s animated features so successful–apart from their imagination–is their attention to detail. For instance, when’s the last time you watched Spirited Away (Sen to Chihiro no Kamikakushi)?

Did you ever notice that the family car which Chihiro Ogino and her parents Akio and Yūko are driving to their new home at the opening of the film has the Audi logo on the grille?

The family car plays a big role in Spirited Away–not only is it the “vehicle” bringing the main character to her new home, but it’s where the film opens and closes. However, this isn’t just any old vehicle–it’s an Audi. This greyish-blue compact sedan being driven by the Ogino family isn’t just any Audi ether; it’s actually patterned off a real-life model: the first generation (mid-90s) Audi A4 1.8T.

The drive through the woods and braking in front of the tunnel show Audi’s trademark “quattro” four-wheel drive system (which the father actually mentions) and anti-lock brakes. 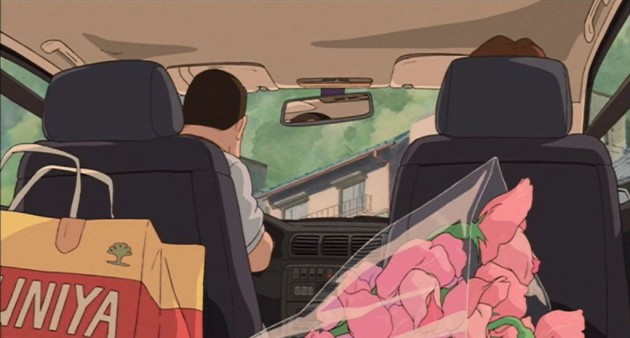 Inside the Ogino family car, an Audi
Photo: Studio Ghibli/Toho

Audis are known as luxury cars in Japan (being an executive model built off a Volkswagen platform) and it’s not unreasonable to think the family has a lot of money to afford this vehicle. Have you ever noticed the steering wheel is on the left side, despite the car being driven in the left lane?

According to the behind-the-scenes features on the home release of the 2001 Academy Award-winning picture, the filmmakers actually used a real recording of the sounds of the inside of an Audi A4 driving over cobblestones! 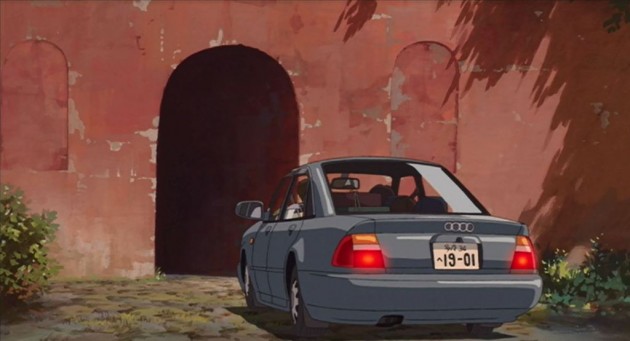 Next time you watch the film, check out how much detail is given to the car, inside and out, from the door handles to the headlights and visors. It’s just one more reason why this movie is a masterpiece.