Is This Toyota Ad Sexist? 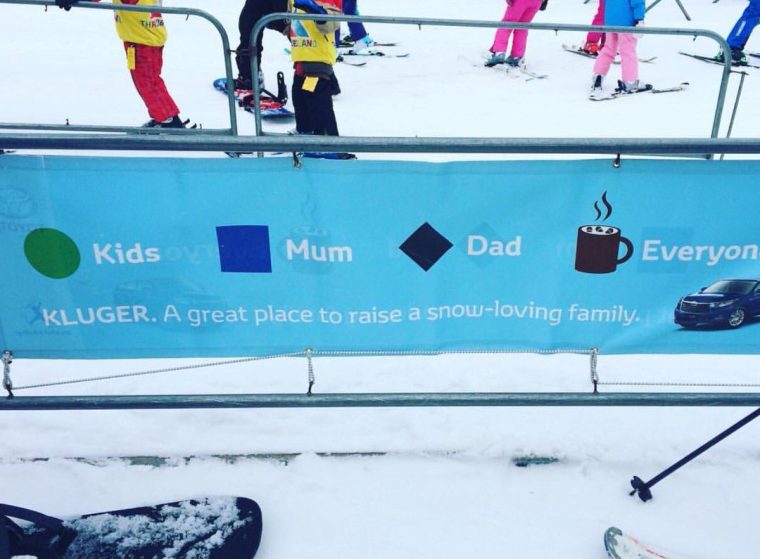 Remember, sexism and discrimination lurk behind every corner and on every innocent ad.

A Toyota car advertisement in Australia has been taking flak for being “sexist.” The ad is a banner that was on display at the Thredbo village and ski resort to promote the Toyota Kluger, known as the Highlander in the United States.

The banner, which you can see in the image above, matched three different ski runs with different family members: green (easy) for kids, blue (intermediate) for moms, and black (hard) for dads. The ad has recently fallen under attack for “[suggesting] that women are only capable of doing the intermediate run, whilst men can do the harder ones,” according to The Australian’s Women’s Weekly and various angry Facebook comments, and has since been pulled by the automaker.

However, this seems to be more of an overreaction borne out of a desire to take offense that puts reason on the backburner than a legitimate critique of the ad.

A Toyota spokeswoman explained that the intent of the ad was to “highlight that Thredbo, much like the Kluger, has something for everyone” (emphasized by the “coffee for everyone” symbol on the banner). She also pointed out that the campaign had been going on for more than a year and hadn’t received any negative attention until this week. Yet suddenly, as soon as it became trendy, everyone was offended (or rather, a vocal minority on social media while everyone else who saw the banner simply didn’t care and went off skiing).

I sincerely doubt that anyone at Toyota thinks women aren’t capable of going down black diamond ski courses. Since they wanted to show that everyone had a difficulty level that would suit them, they just had to choose a name to put above each symbol, and because kids usually start at the lowest level and men are statistically far more likely to take risks than women, the association Toyota chose is the one that best reflects the real world, even if it doesn’t account for all possibilities and, apparently, sensibilities.

The Twitter user above expressed how she felt about the banner by photoshopping it to show “Mum + Dad” above the black symbol, but ignoring the blue symbol negates the ad’s goal of showing that there’s “something for everyone.” Besides, wouldn’t blatantly ignoring the blue symbol imply that there’s something shameful about going down the intermediate slopes? What if mum doesn’t want to tackle the hard course? What if dad doesn’t? Wouldn’t they feel pressured by an ad that shows them both associated with the black diamond?

In fact, if the ad is sexist because it implies that women aren’t capable, isn’t it also sexist because it implies men should be capable? For all one knows, there could be plenty of families at Thredbo where the kid is the one tackling the black course and the dad is cowering in fear at the beginner slopes. Maybe the ad should say “Kids + Mum + Dad” next to the black diamond to appease all of their egos.

And what about single parents—shouldn’t they feel marginalized too? Isn’t it possible that kids and their single moms would fall to their knees in front of the ad and burst into tears because dad didn’t stick around for coffee? Shouldn’t you be offended because I suggested the dad would be the one to leave and not the mom?

Everything can be offensive or sexist if you try hard enough to interpret it that way. If the words “dad” and “mum” had been switched around, do you think anybody would have cared? I bet it would have been hailed as “empowering.”