Is Usain Bolt Faster Than Fire? 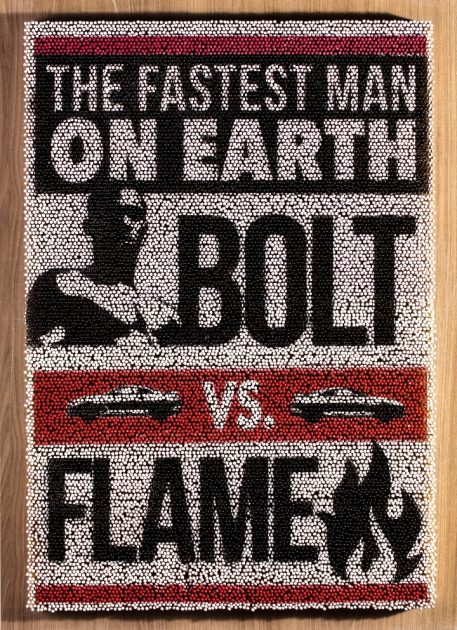 This poster is made entirely of matches

Usain Bolt of Jamaica is currently the fastest man on Earth, and his speed is validated by the six Olympic medals he has brought home to his country over the years. He also happens to be the Nissan Global Director of Excitement, and loves to drive his gold Nissan GT-R. The famed racer has announced that the Rio Olympics will be his very last, and he plans to retire after the 2017 season, but that doesn’t mean that the 29-year-old is just going to coast his way to the finish line. Besides working hard to run against his challengers and bring home three new gold medals, Bolt is also training to run against fire.

You read that right. The fastest man in the world is ready to take on a natural element.

Nissan set up the challenge in Jamaica with the help of a team from the United Kingdom’s Fire Science & Research. The engineers created a track that runs parallel to a running track for the fire, and when the race begins the fire is sparked and runs along its trail of fuel to the end of the rail. Bolt ran alongside of it, to see if he could reach the end of the track before the flames.

Keep On Going: Learn these tips to keep your car running as long as possible

In true cliffhanger style, the video cuts out right before the race ends, so viewers do not know if man or element won the race. According to the last frames of the promo spot, the winner will be revealed during the Rio Games. We can’t wait to see who wins in the battle of man against the elements.