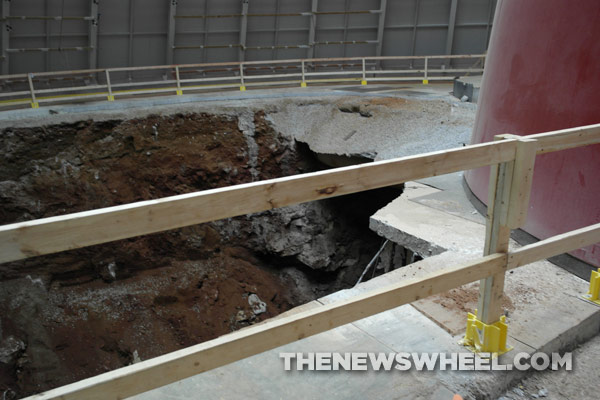 It’s hard to believe that it’s been over eight months since a sinkhole ripped apart a wing of the National Corvette Museum in Bowling Green, Kentucky, swallowing eight iconic Corvettes. Since then, attendance to the museum has skyrocketed, with car enthusiasts from around the country flocking to the site to check out the recovered Corvettes, which were put on display. 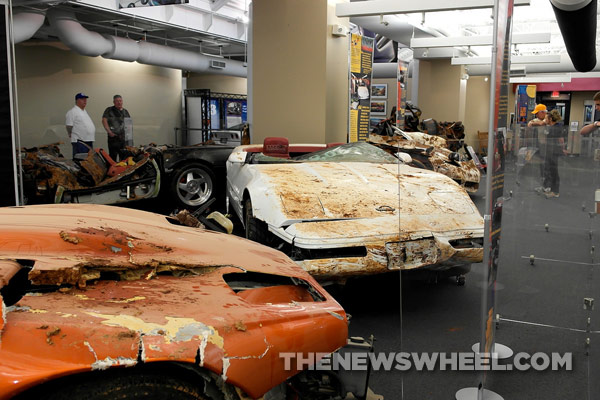 Some of the damaged Corvettes.

But the cost to fill the National Corvette Museum sinkhole? Just $3.2 million. No biggie, right?

Work will begin on November 10th and is expected to take about nine months to complete, putting completion somewhere in July of next year, according to Automobile Magazine.

Wendell Strode, the executive director of the museum, released this statement: “We appreciate all of the support, feedback, ideas and prayers throughout this very interesting time in our history. Sunday, November 9 will be the very last day to see the sinkhole up close and in person – so if you’ve been wanting to check it out for yourself you have just over three weeks to do so.”

You heard the man. Hop in the car and floor it to Kentucky.