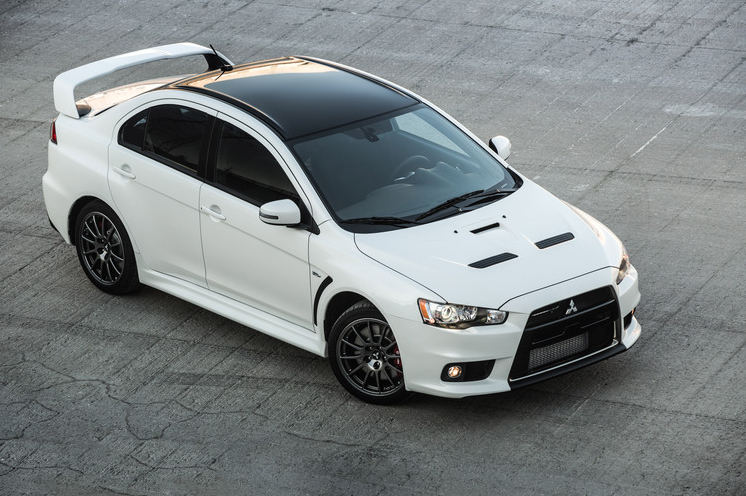 This is it—the Mitsubishi Lancer Evolution is officially done. The very last Lancer Evo Final Edition produced for North American markets (serial US1600) has been sold at auction, marking the end of the famed sports car. It fetched $76,400, a very fair price.

To put that into perspective, the 2015 Mitsubishi Lancer Evolution had a base MSRP of $34,495, while the Final Edition model started at $37,995. The very first Final Edition was also auctioned last December for $46,200. The 1,600th and last model, it seems, was valued far more.

All of the proceeds from that final auction will go toward benefiting Feeding America Riverside | San Bernardino and the Second Harvest Food Bank of Orange County, contributing to 230,000 meals that will be provided to those in need.

The Mitsubishi Lancer Evolution Final Edition wasn’t just the last but also the most powerful. While it sported the same 2.0-liter turbocharged four-cylinder engine under the hood, it was tuned to 303 horsepower and combined with Eibach springs and Bilstein shocks for added sportiness.

Don Swearingen, executive VP and chief operating officer of Mitsubishi Motors North America, was pleased about the auction’s success and what it meant for the charities: “We’re thrilled to see the Mitsubishi Lancer Evolution Final Edition US1600 car generate so much interest and command a top price,” he said. “It’s a fitting and deserving finality to the Evolution nameplate to go out with so much excitement and make an impact that is sure to last a very long time to drive out hunger.”