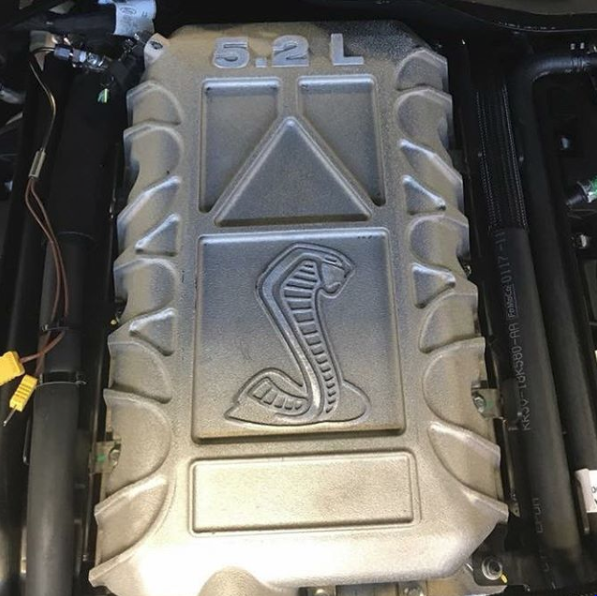 It seems that, by this time next Monday, you could very well be reading all about how Ford has brought back the Shelby GT500 Mustang.

The latest clue indicating that Ford is bringing back the Shelby GT500 comes from The Truth About Cars, who uncovered wiring diagrams on Ford’s OEM service portal that seemingly confirms the existence of a supercharged version of the 5.2-liter V8. Add to that multiple service procedures that explicitly reference a GT500, the fact that a Mustang prototype has been spotted testing in the wild, and an Instagram post from December that seems to depict a Shelby Cobra-branded 5.2-liter engine, and the 2018 Ford Shelby GT500 Mustang may just be the worst kept secret in automotive.

Based on the diagram, TTAC has deduced that the GT500 will likely be mated to Ford’s 10-speed automatic transmission, equipped with carbon-ceramic brakes, and deliver a top speed of 200 miles per hour or greater.

With Ford’s VIN decoder indicating that the Mustang will only offer three engine options, the introduction of the Shelby GT500 Mustang likely spells the end of the Shelby GT350 Mustang and its naturally-aspirated flat-plane crankshaft V8. Pour one out, y’all.

Likely, you won’t even need to wait all that long to speculate from the time you read this. But if you want to while away some time between now and NAIAS, feel free to presume that the Shelby GT500 Mustang will get up to 1,000 horsepower and be powered by a coffee-petrol mixture.