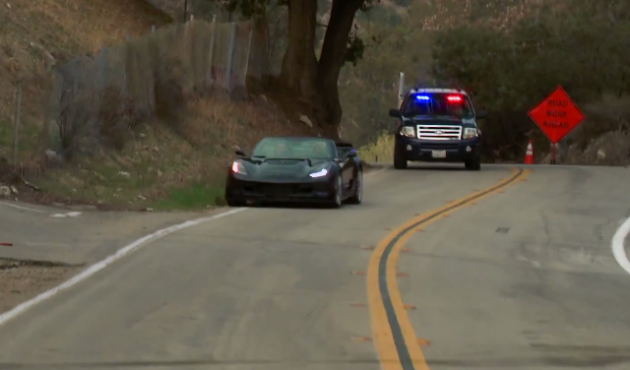 Even if you aren’t an auto enthusiast, you should consider checking out the latest episode of Jay Leno’s Garage (below) – especially if you’re a particularly bitter Conan (or even Letterman) devotee. That’s because the latest installment features the rare pleasure of being able to watch as Jay Leno gets pulled over by police, apparently for succumbing to the temptations of a 2015 Corvette Z06. 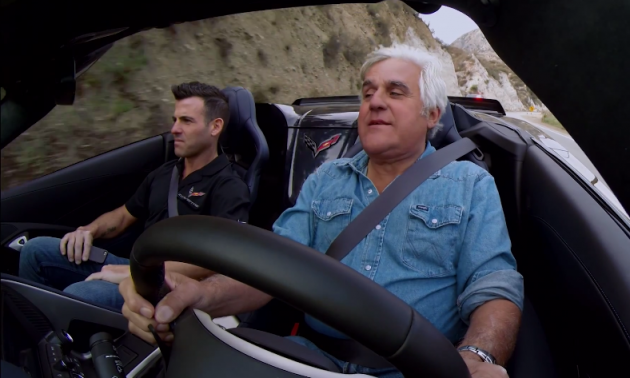 Jay Leno to Chevy specialist Shad Balch: “Tell them you were driving”

Unfortunately, you’ll only get to see Leno react to the sirens and then pull over to the side of the road (which happens at the start and end of the twenty minute video), since we aren’t shown what happens next. But feel free to let your imagination run wild and fantasize about Leno being arrested and handcuffed for crimes against humor (no, we kid; he seems nice). 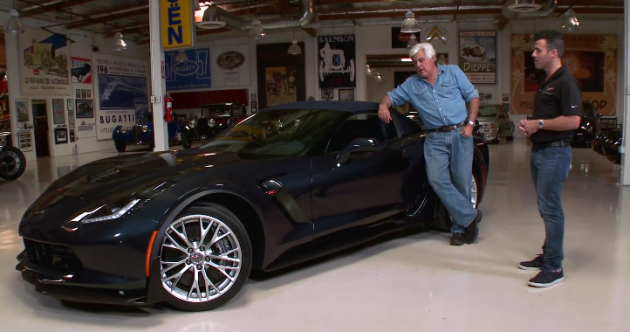 Before the overly-speedy test drive, Leno talks to Chevrolet Product Specialist, Shad Balch, about the 2015 Chevy Corvette Z06. Leno gushes about the 650-horsepower racer, calling it “still the greatest sports car of all time, almost for any amount of money.” Leno, who is well known for his affinity for American autos, at one point admits that he “sounds like a commercial” for the new Vette, but swears his excitement is genuine. Take a look for yourself: