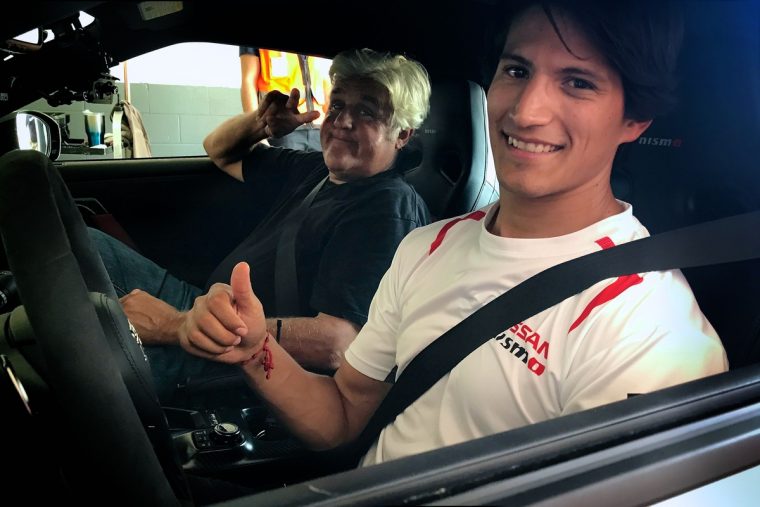 Tag yourself in this photo. I’m Ricardo Sánchez’s 1,000-yard stare as he puzzles out why he’s been sat with someone’s disastrously uncool grandpa

2014 Nissan GT Academy International winner Ricardo Sánchez is living the dream. He went from racing in video games to racing on the track for NISMO at the 24 Hours of Spa-Francorchamps and in the Pirelli World Challenge series. He’s a sterling example of the possibilities that open up to you when you really put your heart into something—even if it’s gaming.

Still, for all that Sánchez has accomplished in his limited time on earth, someone at Nissan saw fit to punish the poor kid by sticking him in a car with…ugh…Jay Leno.

Leno, who is terrible enough but not quite as terrible as sentient soggy (MALE MAN MASCULINE) diaper Tim Allen, sat in with Sánchez on an episode of Jay Leno’s Garage earlier this month as the 28-year-old took a practice lap around Willow Springs in his Nissan GT-R. The rub? Sánchez was attacking the track with the same ferocity as someone who had actually experienced it before, but he had only ever raced at Willow Springs in the Gran Turismo game. SOUNDS LIKE A RECIPE FOR DISASTER! *womp womp horns*

? Watch @GTAcademy​ ace @RSanchezGP take @jayleno​ for a ride on the wild side tonight on @LenosGarage on @CNBC tonight at 10:00pm (US Eastern) #JayLenosGarage pic.twitter.com/TrWYOG8fJa

Oh, were you expecting Jay Leno to do something other than make goony faces like this? 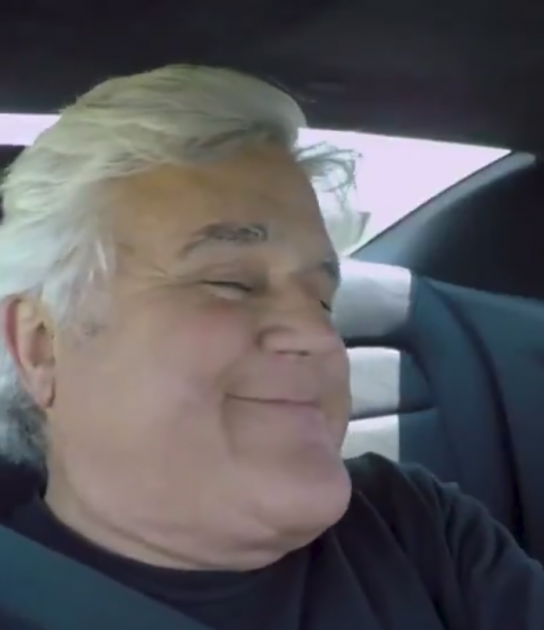 Because that just wouldn’t be Jay’s style. No, Leno made that very face, then asked Sánchez a couple of questions about how racing in the real world compares to racing in a game (summary: one is real, one is not).

He also actually made this joke:

“You know, you’re lucky you were playing Gran Turismo. Imagine if you’d been playing Donkey Kong, how much different your career would be now.”

HA! I get it. Because, you see, Donkey Kong is another video game! A video game that debuted 37 years ago, and whose original entry is almost certainly the one that Leno is referencing so cunningly here (unless, of course, I am actually mistaken and Jay just really, really loved Donkey Kong Country: Tropical Freeze). If there is one thing you can reasonably expect from a man who has been out of touch with younger audiences for more than 25 years, it’s topical humor.

Sánchez, being the good sport that he is, humors this horrible attempt at comedy from a man who literally has been paid to make jokes for, what, like three decades, by responding, “Maybe some bananas or something.”

Hey, at least Leno didn’t seem to be doing so much mouth-breathing this time out. It’s a start!