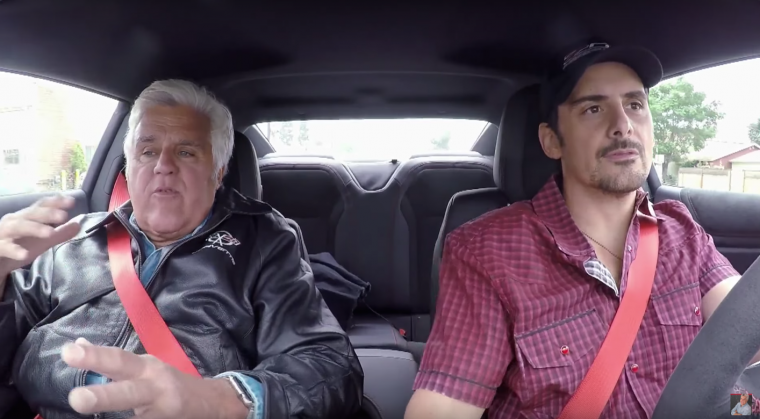 But one thing that he is decidedly not is a professional driver.

That fact was made abundantly clear during a recent guest spot on Jay Leno’s Garage, in which Paisley and host Jay Leno take the new 2017 Chevy Camaro ZL1 out for a spin. Leno lets Paisley drive, giving the recording artist a chance to use the Camaro’s line lock for a sick burnout.

The first attempt, however, doesn’t exactly go as planned. Go ahead and take a look:

Although Paisley eventually accomplishes a very satisfying burnout, he makes the very rookie mistake of not putting the car in gear first. It’s safe to say, he’s no Joe Biden.

Still, Paisley insists he’s a car guy at heart, and he has the musical catalogue to prove it. The singer-songwriter talks to Jay about his automotive-themed songs, including vehicle-inspired hits like “All I Wanted Was a Car” and “Moonshine in the Trunk,” a title track from his latest album that was inspired by the history of NASCAR racing.

Of course, the 640-horsepower ZL1 is not too far from a racecar itself. And on his second attempt, the man who once sang about “getting a little mud on the tires” did a good job of getting a lot of tire on the pavement.