Jayson Werth is Going to Jail for Speeding 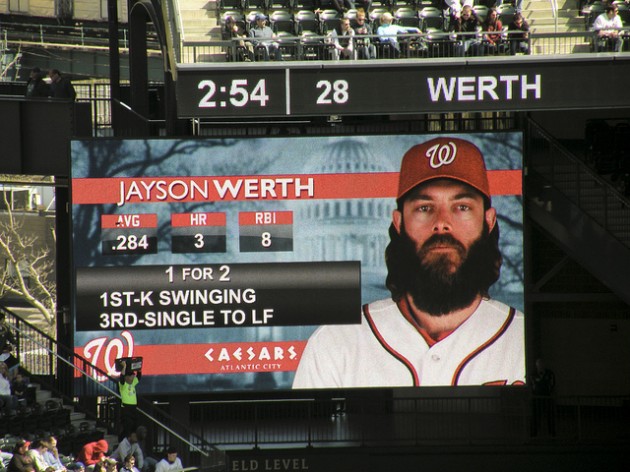 Back in August, we reported that lumberjack/Washington Nationals outfielder Jayson Werth had been caught going 105 mph in a 50 mph zone on July 6th in Fairfax County, Virginia. Since Virginia has some of the strictest traffic laws in the county, we speculated that maybe Werth moved his court date so that if he was sentenced to jail time, it wouldn’t be until after the conclusion of the 2014 MLB Postseason. Well, it was a lose-lose situation for Werth: the Nationals were routed in the playoffs by Madison Bumgarner and the eventual world champion Giants in October (with Werth batting just .059 in 20 plate appearances), and now this month brings the news that Jayson Werth is going to jail for speeding.

On Friday, a judge found 35-year old all-star Jayson Werth guilty of reckless driving and sentenced him to 10 days in jail, which Werth will be appealing. He has a good shot at potentially getting out of this situation, too, as a jury is much less likely than a judge to give an offender prison time for breaking the speed limit.

The best detail of this whole story comes to us courtesy of Washington Post reporter Tom Jackman:

The Washington Post also reports that Werth wore a charcoal colored suit to court, did not shave or trim his shaggy hair and beard, and sported a pair of glasses. Let’s all hope that they were prescription and not sun.