Because who needs to get into their houses anymore anyway? 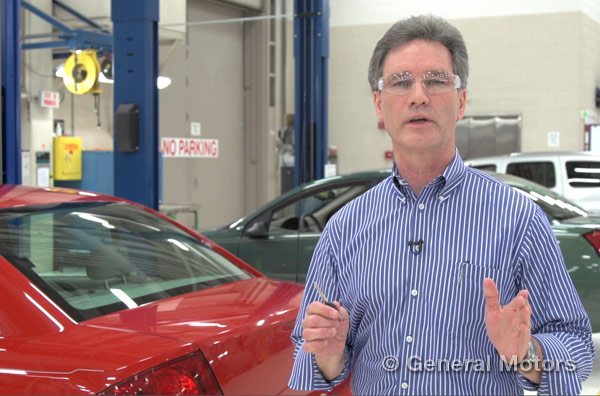 The entire GM recall has been one big mess. It’s been a tragedy for families and friends of those who have died over the years in affected vehicles. It’s been an outrage to the American people whose tax dollars revived the dying company only to find out it had not come forward with this major recall for years and years. It’s been a nightmare for Mary Barra, who was recently thrown into the driver’s seat, possibly as a scapegoat by the boys club at GM. It’s been a burden for Congress, which had to endure two hearings instead of more appropriately spending time filibustering and blaming one another and finding new ways to give themselves more money.

In short, the whole damn thing has been one giant frustration that could have been avoided if General Motors had come forward to the National Highway Traffic Safety Administration (NHTSA) years ago and said, “Look, something fishy is going on with these cars, and it’s definitely the ignition switches. We probably shouldn’t let people drive them…or anything we make, honestly.”

But it wasn’t avoided, and now drivers of affected vehicles are anxiously awaiting the dealership repairs to their cars. If I owned a Cobalt or another affected vehicle, I would not want to be anywhere near that thing. Hell, I don’t think I’d park it in my garage, just to be safe.

But no, guys, it’s okay, according to Jeff Boyer, Vice President of GM Global Vehicle Safety. All you have to do is take everything else off your keychain. Heck, might as well get rid of the chain all together and just stick with the key. Yup, Jeff Boyer is asking you to just trust GM on this one and is urging drivers of recalled vehicles to use a single key.

I guess we can’t lock up our houses anymore, or garages, or sheds, or businesses, or drive any other vehicles. We also can’t carry around our 57 discount cards that conveniently dangle from our key rings. And just absolutely forget about your rabbit’s foot that you keep with you at all times. Nope, you can just have the single key, or else you’ll die in a fiery explosion. 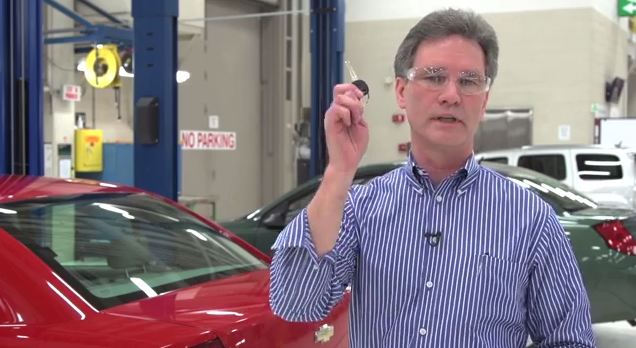 “GUYS, LISTEN! JUST TAKE AWAY ALL OF THE KEYS AND YOU WON’T DIE!”

Oh, and did I mention that once your vehicle is fixed, Boyer advises you just stick with a GM-issued key that has a circle in it, and not some other key with an oval. 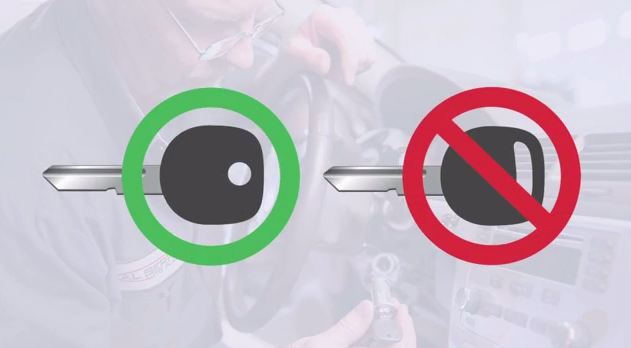 Okay, so I know that it’s really not a major inconvenience to just keep the keychain with everything else on it in a pocket or a purse or a bookbag until the vehicle is fixed. But, despite the 80 tests that Boyer claims prove the safety of these recalled vehicles (when using just one key in the ignition with nothing weighing it down), I’m a little skeptical. At this point, I’d advise drivers to stay out of any affected vehicles all together, but maybe that’s because I’m a cynic and have no faith in General Motors anymore.

So do me a favor and check out the video below in which Boyer guarantees your safety, and then let me know if you’d hit the road in an affected model before the necessary repairs.