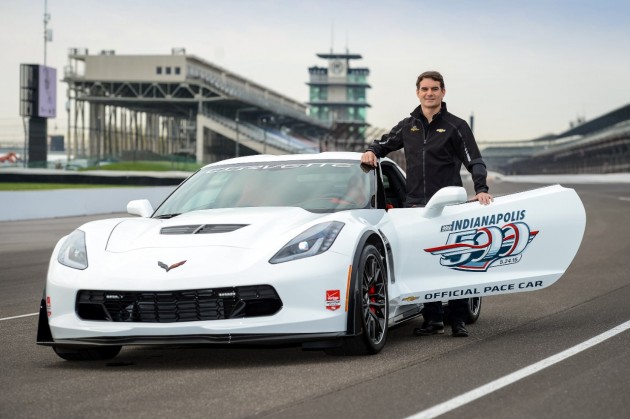 Jeff Gordon is a NASCAR legend, but not an IndyCar one. He expressed an interest in IndyCar racing in the early 1990s, but nothing ever came of it—as he says, it just “wasn’t meant to be.”

But Gordon is still loved and respected by all types of motorsports enthusiasts, and even a lot of casual sports fans. So it was a nice gesture when it was announced that the retiring racecar driver would be driving a 2015 Corvette Z06 pace car at this weekend’s 99th running of the Indianapolis 500.

He recently spoke about the honor with reporters. Check it out:

“It’s such an amazing event to be a part of,” said Gordon. “I’m just thrilled that I get the opportunity to be here. But then, to actually play a role in the event by driving the Z06 Corvette pace car, is something I don’t think that I can quite grasp in this moment.”

Jeff Gordon—the Derek Jeter of motorsports—is as classy as ever, which is something that’s been consistently apparent throughout the entirety of his final racing season this year.

It’s a bit shocking that Gordon hasn’t been to an Indy 500 since 1983, but we suppose he is a pretty busy man, after all. Now that he’s retiring, maybe he’ll have more time to go to Indy races as a fan, rather than as a competitor.