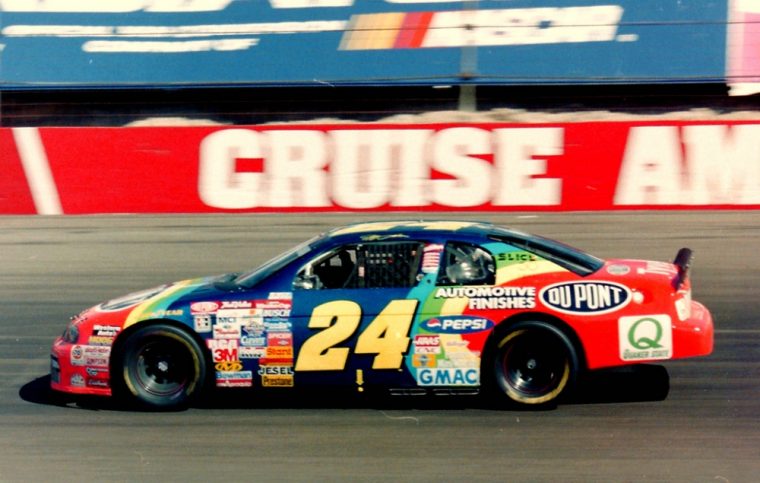 Jeff Gordon’s famous rainbow paint scheme that was on his car for three of his four championships
Photo: Darryl Moran

Lost in the hoopla of Denny Hamlin’s victory at Chicagoland Speedway, and also overshadowed by the post-race altercation between Kevin Harvick and Jimmie Johnson, a certain career milestone happened for one of NASCAR’s most legendary drivers this past Sunday.

Jeff Gordon tied former NASCAR driver Rick Rudd’s “Iron Man” record for the most consecutive starts in the history of the Sprint Cup Series with 788.

More from Chevy: Check out what happened when Chevy tested the new 2016 Camaro at the Autobahn 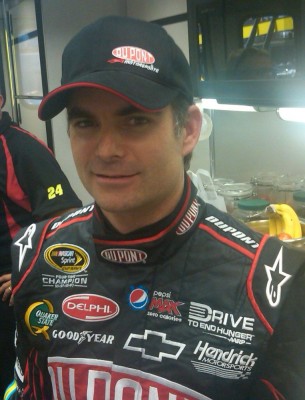 Jeff Gordon started his first race in NASCAR’s premier series at Atlanta Motor Speedway in 1992 and has participated in every race since. Gordon has spent his entire 23 year career driving only one racecar–for one owner–the No. 24 Chevrolet owned by Rick Hendrick.

This accomplishment is worth noting because it means that besides winning 92 career races, four NASCAR championships, and three Daytona 500s, Gordon has also been skilled and lucky enough to have stayed away from the major crashes that have caused other drivers to miss races.

“That’s one of those things I feel strange talking about because I do appreciate and respect the safety of this sport and the side that it can be taken away from you at any time,” Gordon told NASCAR.com. “I want to break that record. I think it’s a huge accomplishment because it’s not that easy to do. It’s easier today I think because the sport is safer.”

Gordon announced prior to the first race of the 2015 season that he would retiring from the driver’s seat at the end of the year, but he would remain involved with NASCAR as a broadcaster for Fox.

Gordon was in second place with five laps to go, at this past weekend’s race at Chicagoland Speedway, but finished 14th due to a poor restart. With only nine races left this season, Gordon has yet to pick up a win this year, but he will break his tie with Rudd and become NASCAR’s “Iron Man” by simply starting the next race at New Hampshire Motor Speedway on September 27th.

Matt Kenseth is the active driver closest to Gordon in terms of most consecutive starts with 538.