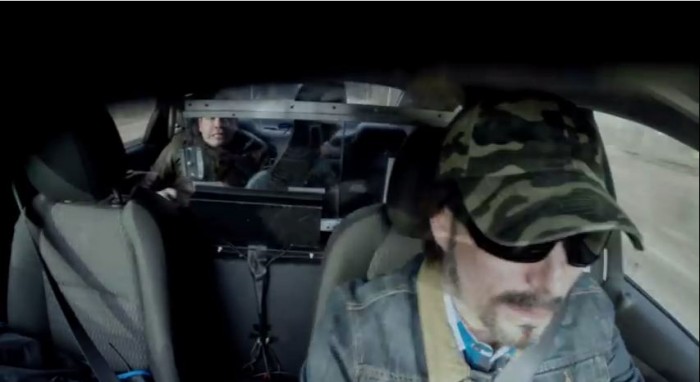 You may remember a certain Pepsi MAX video that surfaced almost a year ago, starring Jeff Gordon as he pranked an unsuspecting (although is anyone being pranked ever not unsuspecting?) car salesman. Many people questioned the truth of this commercial, but it was one Jalopnik writer, Travis Okulski, who claimed that without a doubt the video was fake.

You can check out the original video below:

Naturally, Gordon wasn’t thrilled that so many people questioned the authenticity of his crazy drive. That’s why he and Pepsi MAX reached out to Jalopnik editor-in-chief, Ray Wert, to develop a prank to exact revenge.

In this masterful prank, Gordon is disguised as a cab driver who has done some time. Travis thinks that he is going to get an early drive of the Chevy Corvette Z06 and hops in the cab that was sent specifically for him. Not long into the trip, a cop begins tailing the cab. One thing leads to another, and…well, you’ll see:

Of course, cynics are now questioning the accurateness of this second video, but if this is a fake, then Travis is a big, ol’ hypocrite and a soon-to-be Oscar-nominated actor. (Look out, McConaughey, Okulski’s gunning for ya!)
So what do you think? Real? Staged? Or just plain hilarious? Let us know in the comments below!