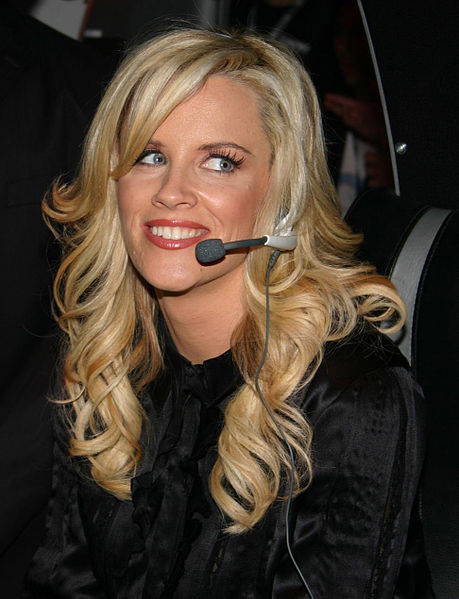 If you grew up in the 90s, then you may remember Jenny McCarthy as the charismatic host of MTV’s Singled Out and a sex symbol rivaled only by Pamela Anderson (perhaps best emphasized when Anderson accompanied WWF Champion Diesel and McCarthy served as valet for challenger Shawn Michaels at Wrestlemania XI in 1995).

These days, McCarthy is best known as the soon-to-be former co-host of “The View.” She’s also among celebrity endorsers for the unique brand of head-scratching insanity that is anti-vaccine activism, which is reasonable enough evidence to suggest that her views on world issues should probably be taken with a ten pound bag of Morton Salt.

So when she starts a story on her Sirius radio show, entitled “Dirty Sexy Funny,” by saying that she ain’t worried about distracted driving, it should go without saying that Jenny’s far from an expert in logic.

“[O]f course I text and drive,” said McCarthy. Of course she would. Jenny McCarthy is probably in possession of mountains of evidence that suggest hands-free calling actually makes you 100 times more likely to get in a car accident.

Evan, McCarthy’s 12-year-old son, saw his mother breaking the law and did what any reasonable human being would do: call the police.

Being that McCarthy is a sane, reasonable adult, she decided that the best course of action was to reward her son for his impressive sense of responsibility by chucking his cell phone out the window. GM should have really considered hiring McCarthy for their anti-information task forces back in the mid-2000s. She would have been really good at suppressing all of that talk of Hindenburgs and rolling sarcophagi.

Chris Hardwick should find a way to go back in time so that he can visit the set of Singled Out in 1995 and somehow convince Jenny McCarthy to return to her home planet.