Jeremy Clarkson-Helmed Show at Amazon Finally Gets A Name 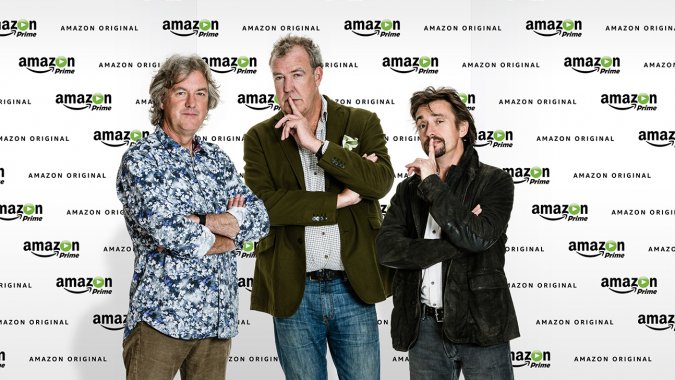 It was announced months ago that disgraced former Top Gear host Jeremy Clarkson and his friends Richard Hammond and James May were bringing their unique brand of automotive expertise to Amazon Prime’s lineup of original programming. They were hitting several snags when it came to choosing a name, because the BBC would not permit any names that included wordplay on Top Gear or any other terms the BBC has copyrighted for the show, like the Stig. That meant that the previously rumored name Gear Knobs was out, and it was back to the drawing board.

This week it was declared that the show will be called The Grand Tour. As the team at CarScoops pointed out, that means that Clarkson and his crew will be moving from a show with “TG” as its initials to “GT”. Personally, if I was on the legal team at the BBC, I would be checking if that’s still too close to Top Gear to be acceptable. Clarkson’s split with the Beebs was hardly amicable, and there is still some lingering animosity, so I would not be surprised if the broadcasting giant isn’t doing just that.

No matter what the show is called, you know that gear heads will flock to Amazon when the show finally arrives online. As far as they’re concerned, the name could just be called Clarkson, Hammond, and May, Highly Controversial TV Hosts In Cars Getting Tea, or Those Car Guys and devoted fans would still tune in. If the BBC does make Amazon throw out the title (again), it can feel free to use any of the names above if they give credit to The News Wheel on all cars driven on the show and in the credits.