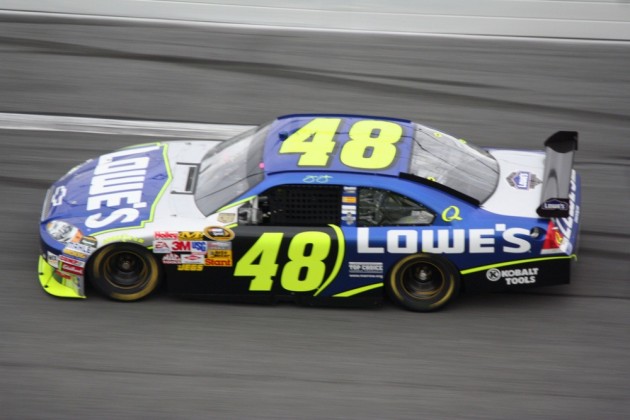 Jimmie Johnson could have been the hottest free agent in the history of NASCAR and milked every second of it the same way LeBron James does seemingly every summer, but instead the 39-year-old Johnson decided to ink a two-year contact extension with Hendrick Motorsports to ensure he stays with the only Sprint Cup Series team he has ever known. 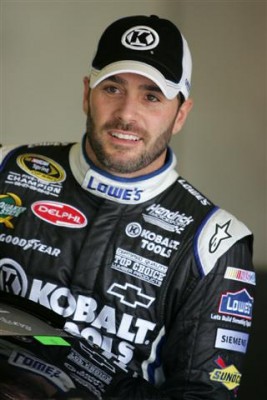 Johnson made his debut in the Sprint Cup Series in 2001 and ran his first full season in 2002, when he picked up three victories and was able to finish fourth in the driver standings as a rookie. Since then, Johnson has gone on to win 71 more races and six NASCAR championships, and he’s done it all in the No. 48 Chevy racecar, sponsored by Lowe’s and owned by Rick Hendrick.

“In my heart, Hendrick is my home, Lowe’s is my sponsor and I certainly hope it stays this way until the day I quit driving,” Johnson said to the Associated Press.

Johnson’s new deal is good through 2017 and comes with the clause that Johnson will increase his role as a partner for additional car dealerships run by Hendrick. His teammates Dale Earnhardt Jr., Jeff Gordon, and former two-time NASCAR champion Terry Labonte, also have similar partnership deals with Hendrick.

Additionally, Lowe’s has signed a contract extension to sponsor The No. 48 Chevrolet SS for the next two seasons and Johnson’s longtime crew chief, Chad Knaus, has also signed a new three-year contract to remain with the team.

This season, Johnson has already picked up four victories and is tied for the top-seed in the NASCAR Chase for the Sprint Cup that begins Sunday at Chicagoland Speedway.

Johnson is one championship away from tying legendary NASCAR drivers Richard Petty and Dale Earnhardt Sr. for the most championships in the history of NASCAR’s premier series.