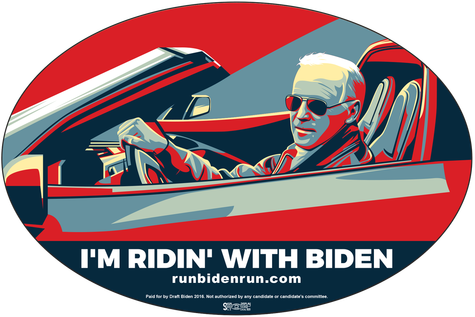 Hillary Clinton’s presidential campaign van, “Scooby,” has garnered quite a bit of media attention lately. But some voters apparently want a Democratic candidate with a cooler vehicle, and those concerned citizens are making their voices heard with this remarkable “I’m Ridin’ With Biden” bumper sticker.

The decal shows current Vice President Joe Biden cruising in a C7 Corvette Stingray convertible, and is rendered in the style of Shepard Fairey’s iconic “Hope” poster. The oval-shaped stickers are 4×6 inches, have an EZ peel back, and are union printed. You can get one for yourself by making a $5 donation to Draft Biden 2016, a group that’s trying to get the 72-year old politician to run for president in 2016. 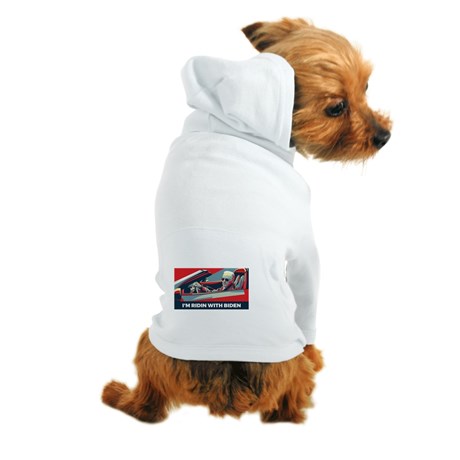 This dog respects Hillary’s experience, but feels that Biden would be less polarizing

Regular Onion readers are probably shocked to see Biden driving a Vette rather than a 1981 Pontiac Trans Am, but it seems that designer David Colman actually got the image from a seven-minute video (below) that Biden filmed with VEEP star Julia Louis-Dreyfus for the 2014 White House Correspondent’s Dinner. 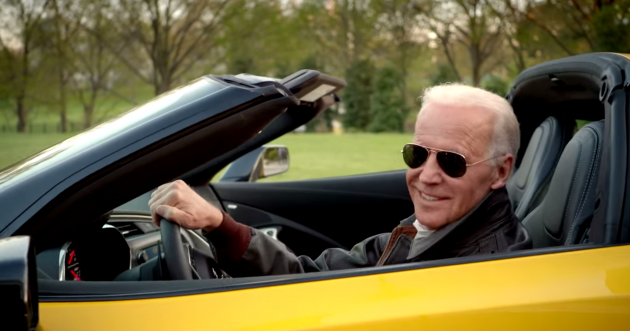 The video itself is not particularly clever or worthwhile (who would have guessed that Nancy Pelosi and John Boehner aren’t very funny?), but it probably made a roomful of smug Washington insiders and journalists chuckle knowingly, which is all that matters.