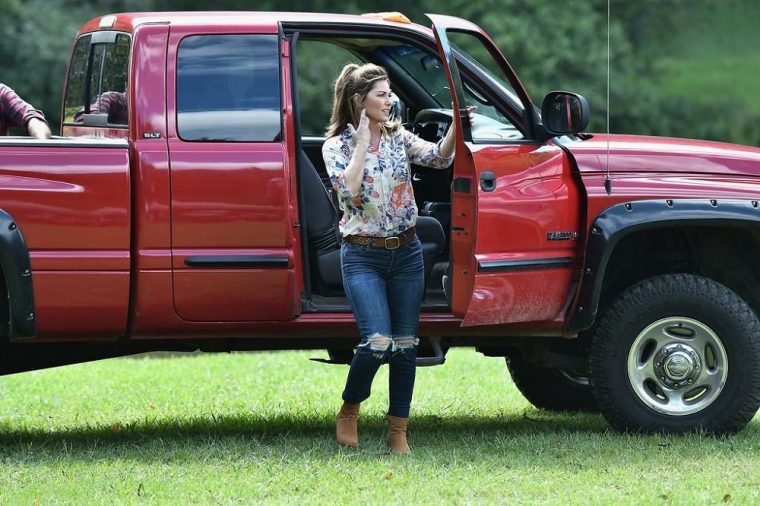 Twain steps out of what appears to be a RAM 1500 on the set of Trading Paint
Photo: Paradox Studios

It’s not often we get to see John Travolta sporting a full beard—or any facial hair, really—for a major motion picture; it just looks weird. To be honest, I’d rather see the actor as Edna Turnblad à la 2007’s Hairspray.

Let John Travolta borrow it “@GQFashion A few things you should never ever do with your beard http://t.co/ahkXfYAP1N pic.twitter.com/7JiOyNAtGd“

But fret not, as Mr. Travolta’s beard is looking fairly normal in his upcoming film Trading Paint. Outside of Travolta starring as Sam, a veteran racecar driver, the film includes a somewhat unknown cast. Oh, except for SHANIA TWAIN starring as Sam’s girlfriend Becca. That’s right—the Canadian country superstar is making an acting appearance as someone other than herself for the first time.

Not much has been revealed about the dirt track racing film, even with an approaching June 1st premiere. The short snippet of plot information on IMDb states:

“A veteran race car driver and his son, a fellow driver, overcome family and professional conflicts, balancing competition, ego, resentment and a racing nemesis to come out stronger on the other side.” 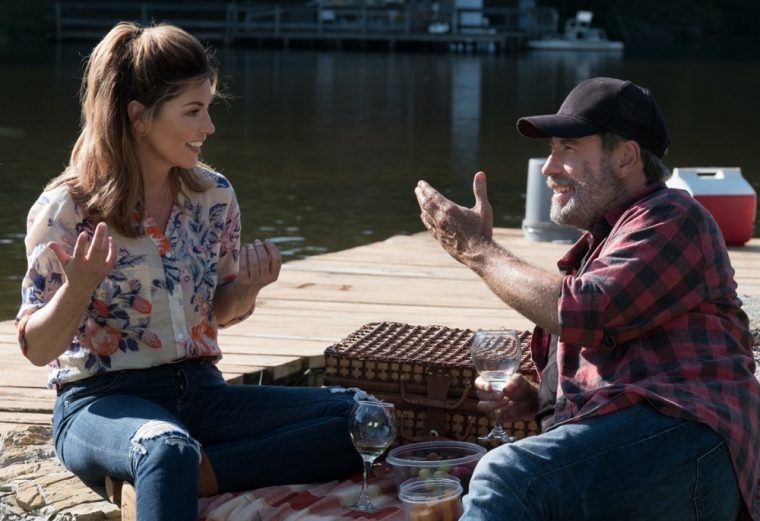 Twain and Travolta getting familiar on set
Photo: Paradox Studios

One of the film’s producers, Andrea Iervolino, told Variety, “It’s well known that dirt track racing is one of the most exciting sports in the world, and it’s also one of the most dangerous. Our story is rooted in that high-speed danger, but also very much character driven, and this is where having someone of John’s caliber and gravitas pays great dividends.”

Although information about the film has been pretty sparse (there isn’t even an official trailer yet), there have been a few sneak peeks as well as an interview with ET Canada floating around online. Check out the video below to get the details on how Twain and Travolta have enjoyed working with each other on the film.