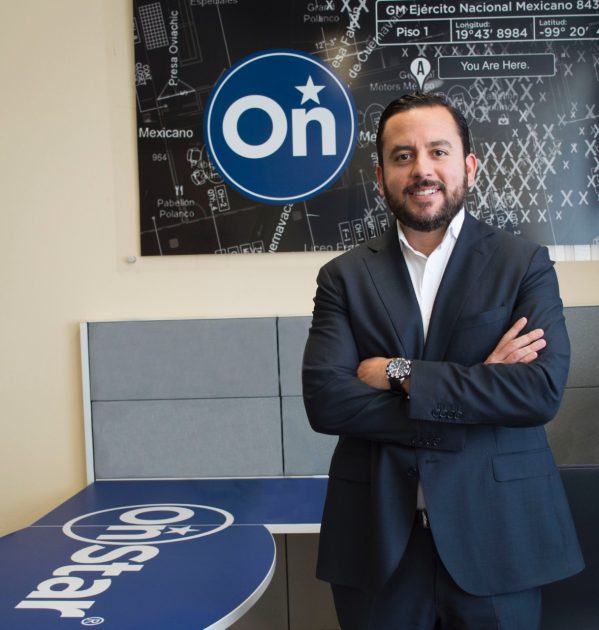 General Motors announced Jorge Plata Moreno as the new CEO of OnStar Mexico. Plata Moreno Takes over for Michael Szachta in the role, and will lead the GM subsidiary in its operations as overseer for the implementing of 4G LTE and various other technological advances.

“I am pleased to announce this appointment, as Jorge is a great professional who has built his career in General Motors always attached to the values of the company and with excellence in results. His experience will be key to continue to strengthen our business,” said Ernesto M. Hernández, GM President and General Manager of Mexico. “In addition, Jorge joins the Mexican Executive Committee (MEC) of our company.”

New Year, Fresh Start: What are the most popular New Year’s resolutions?

Plata Moreno earned both his certification as an Industrial Engineer and a Master’s in Operations from the Pan American University. In his previous role with General Motors, he served as the Premium Channel Sales Director for the Certified Pre-Owned Program. Other roles he has assumed during his tenure with General Motors includes Assistant Brand Manager for Chevrolet; Marketing Manager for Chevrolet; Brand Manager for Pontiac-GMC; Director of Promotion and Advertising for General Motors; and Sales Director, a role in which he served on assignment in Los Angeles and worked with dealers in the Central Coast and Hawaii.

Outgoing General Director of OnStar Mexico Michael Szachta had previously been appointed to the role in August 2015.

Make That Thing Shine: Tips for detailing your car to bring out its sparkle