Justin Bieber Hit a Photographer with His Truck, But Was It Really His Fault? [VIDEO] 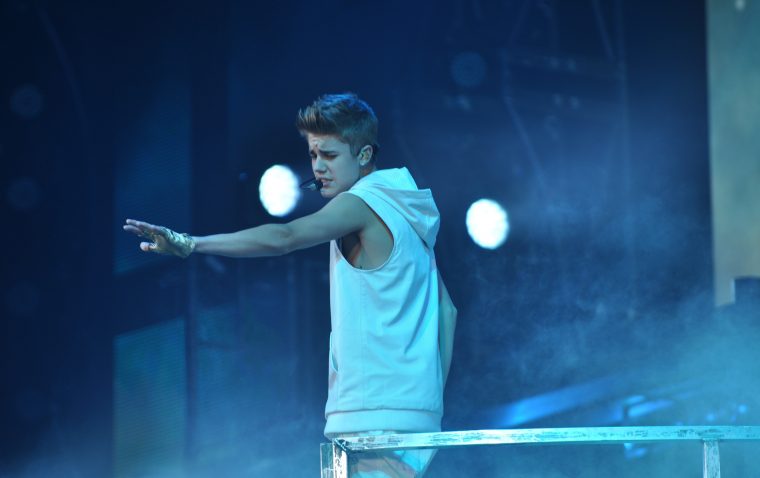 Late Wednesday evening, while attempting to leave a church service in Beverly Hills, Justin Bieber accidentally clipped a paparazzi photographer with the side of his pick-up truck.

As Justin exited the church and made his way to his truck, the pop-singer and his vehicle were swarmed by paparazzi. Justin got into his car and, very slowly, began to pull away from the crowd of paparazzi. One photographer, standing on the right side of Justin’s vehicle, was struck. The photographer sustained minor injuries.

Justin’s slow speed indicated he was aware and cautious of the surrounding photographers, but it appears one of them was standing closer than he anticipated−perhaps too close.

This paparazzi-vehicle incident comes on the heels of the 20th anniversary of Princess Diana’s death. During a high-speed pursuit by paparazzi of her Mercedes, Princess Diana’s vehicle crashed into a tunnel wall. Princess Diana was pronounced dead at the scene on August 31, 1997. Her death caused significant increases in paparazzi laws and regulations in both England and the United States.

This recent accident involving Justin Bieber raises question about the present day laws in place for paparazzi: who was really at fault here? Many would argue that Justin should have been paying closer attention to the surroundings of his vehicle. Others would argue that it was impossible for him to have his eyes on all of those photographers at once. A third group would say it was no one’s fault; it was just an accident.

In the United States, paparazzi are not allowed to enter private property, physical entrance or with telephoto lenses, or pursue any subjects in cars. However, the pursuit of vehicles seems to refer to a vehicle-on-vehicle chase. This does not include pedestrian photographers surrounding a subject that is inside their vehicle, as was the case with Wednesday’s incident.

This raises yet another question: should paparazzi and other photography laws be amended to include incidents such as this one? With reckless behavior among both paparazzi and celebrities attempting to flee, tense situations like these can become dangerous if not handled properly.

In the end, whether it was Justin Bieber or the photographer that was at fault for this incident is up to the police. They have deemed the entire thing to be an accident, filing no charges or citations towards anyone at this time.