Keselowski Wins, Advances Thanks to Kenseth 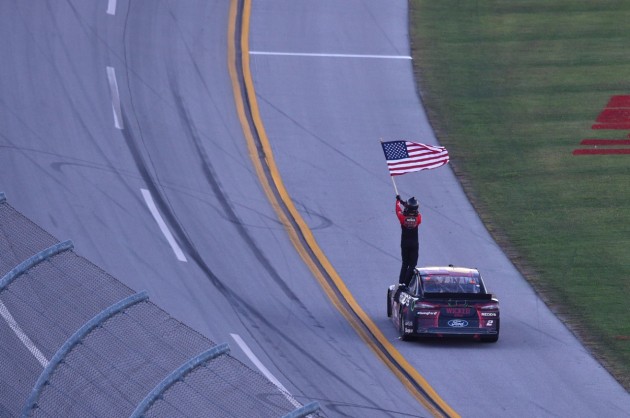 Just when you think he’s out, he pulls himself right back in. Brad Keselowski took the checkered flag at Talladega Superspeedway on Sunday after what could only be described as a week straight out of a nightmare.

Despite winning the Nationwide Drive for the Cure 300 on Friday, Keselowski had a disastrous 16th-place finish at the Bank of America 500 that left him on the bubble to be eliminated from the Chase for the Sprint Cup. To top it all, he got into a post-race wreck with Matt Kenseth and wound up getting jumped, NWO-style.

The only thing missing here is Kevin Nash tossing Rey Mysterio Jr. into a truck like a lawn dart

He faced criticism from other teams and NASCAR fans, and ended up being slapped with a $50,000 fine for his conduct.  By all accounts, Keselowski’s season was all but done. But nobody told him that, and he raced to an improbable win at the Geico 500 that boosted him into the eighth and final spot in the Eliminator round. 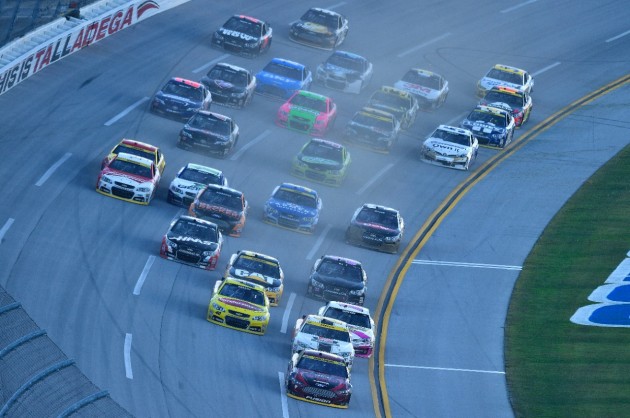 Keselowski wins thanks to a push from an unlikely ally

Ironically enough, Keselowski probably owes a good part of his victory to none other than Matt Kenseth, who finished second by virtue of pushing Keselowski’s No. 2 Ford Fusion across the finish line. Had Kenseth and Keselowski not worked together in the final turns of the race, it’s unlikely that either would have advanced into the next round.

“I think I more just kind of laughed, appreciating the irony,” Keselowski said. “To me, it was funny how this racing world works out. 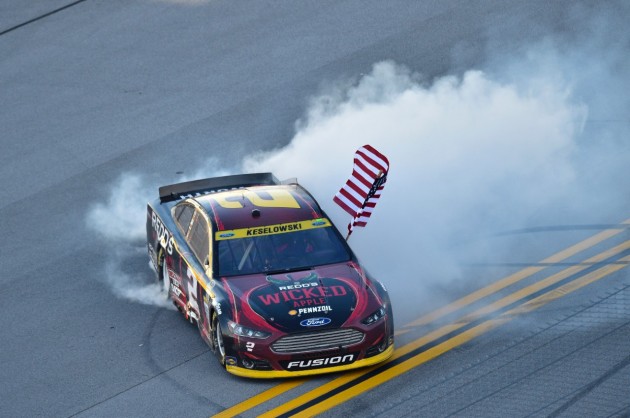 Thanks to that irony, both Keselowski and Kenseth will have the opportunity to extend the drama with the three Eliminator round races, starting November 1 at Martinsville Speedway.