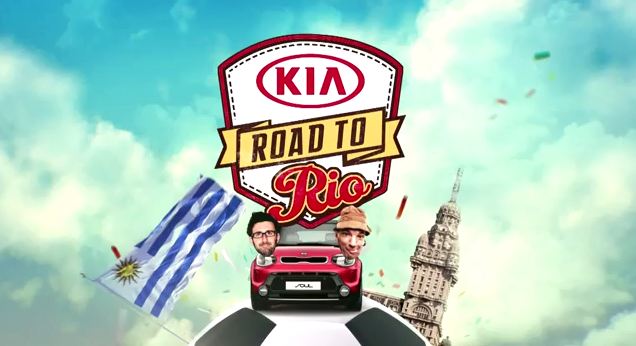 As the official partner of the FIFA World Cup Brazil™ this year, Kia is launching a six-episode TV series called Kia’s Road to Rio that traces comedians—and super football fans—Mark Watson and Henning When as they travel through South America, from Uruguay to host country, Brazil. (Of course, by football, we mean soccer, or as all but the United States know it as, real football.)

During Kia’s Road to Rio, Watson and Henning visit six South American countries, one per episode, to learn more about how football is a way of life for each specific country, and how it is worked into that country’s culture. And of course, they’ll be traveling in style, in all new Kias. Viewers will get to check out the funky Soul, the Sportage Crossover, and the Sorento SUV.

Kia-Buzz promises that hilarity will ensue when the comedians “face roadside dramas with llamas, sample the local cuisine, and meet a host of footballing legends.” Those legends include Alcides Ghiggia, who is the only surviving player from the 1950 World Cup final; Alberto Tarantini; Sergio Goycochea; Javier Margas (or at least his motel); Elias Figueroa; Ivan Zamorano; 70s legend, Rivellino; Pele’s son; and World Cup winner, Juninho. 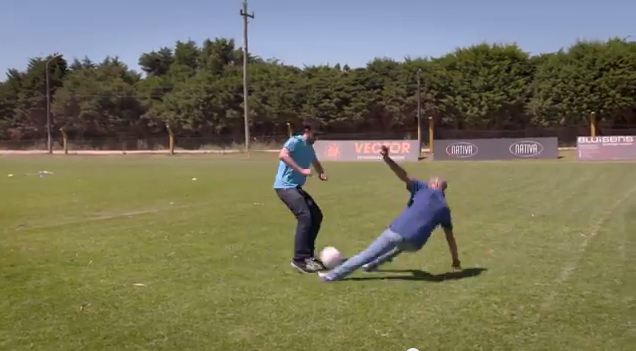 After five weeks of insane adventures and lots and lots of traveling in Kias, the two comedians arrive in Rio, where Watson takes a hang-glider ride to see just how preparations for the 2014 FIFA World Cup are coming along. The duo also visits the Estádio do Maracanã, which Kia calls “the most famous stadium on the planet.” Even more exciting for the football fans, perhaps, is the opportunity to meet the Carlos Alberto, captain of Brazil’s 1970 World Cup-winning team. 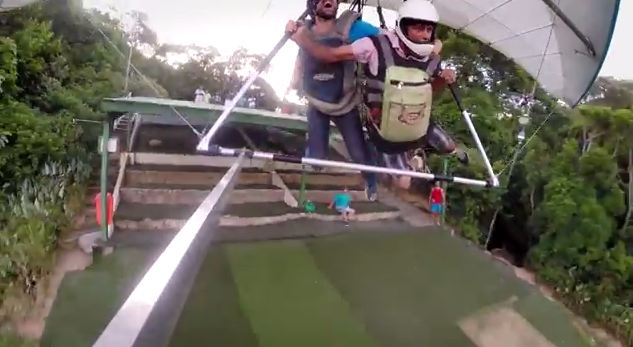 Mark Watson goes hang-gliding because why not.

And because the show is called Kia’s Road to Rio, you can bet the comedians will also be playing Auto bal, football played by—you guessed it—cars.

Check out a teaser for Kia’s Road to Rio below: