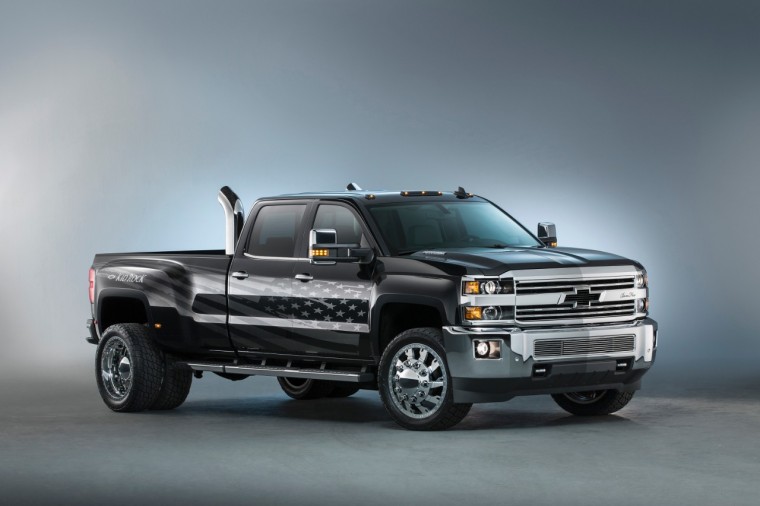 Kid Rock met with the UAW Local 598 union members who built his truck at the Silverado HD assembly plant in Flint, Michigan, before driving it to Chevy’s design studio to, according to GM, “share his ideas for its customization.” Hmmm…

I have to wonder how much input Kid Rock actually had when it came to the design, based on the truck’s noticeable lack of confederate flags, a gun rack, mudflaps picturing silhouettes of the female form, or Truck NutzTM.

“The Flint plant – and everyone on the line – is the backbone of America,” said Kid Rock. “I wanted the design for the truck to be bold, but with features and elements that wouldn’t be out of reach for working-class guys.” 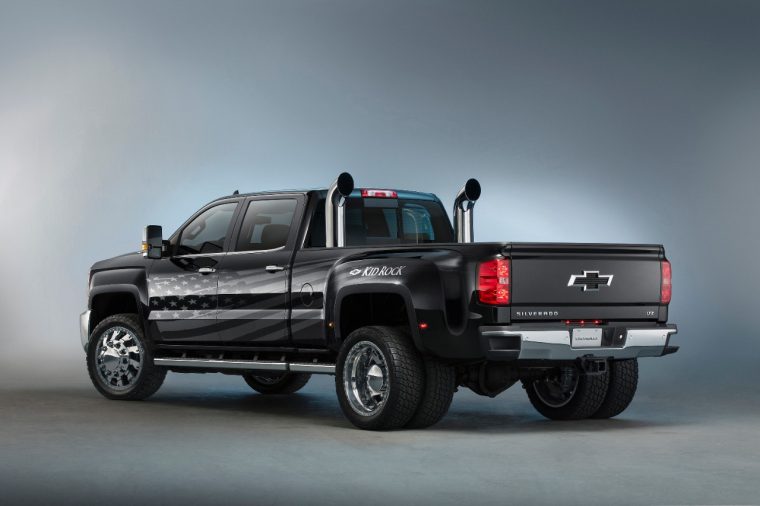 Seasonal Reading: Ways to allergy-proof your car for the fall

“With Kid Rock’s input, we came up with a chrome-like silver-metallic design that conveys an industrial, made-in-Detroit aesthetic that totally complements the other bold elements of the truck,” said Chevrolet Accessories design director Todd Parker.

Yes, all the chrome and metal is pretty blue collar, I suppose, but what makes this truck unique to the self-proclaimed Rock n Roll Jesus? What marks it as distinctly Kid Rock? What feature illustrates its inherent Bawidabaness?

In terms of performance, the Silverado 3500HD Kid Rock concept is powered by a Duramax 6.6-liter turbo-diesel engine and Allison 1000 six-speed automatic transmission. With a 4WD dually configuration, the Silverado has a maximum conventional trailering rating of 20,000 pounds, and 22,600 pounds with a fifth-wheel or gooseneck hitch.

Kid Rock’s ride also comes with a pair of Gibbs Sports Quadskis, which can convert from ATVs into personal waterskis.