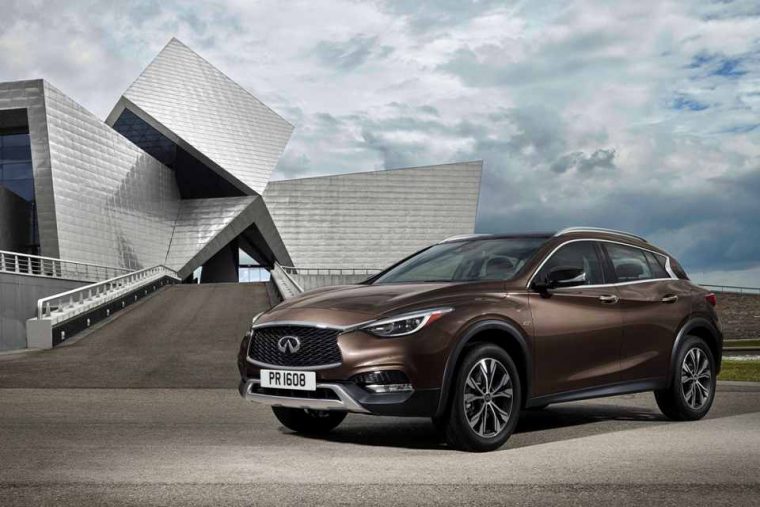 The Infiniti QX30 made its debut at the L.A. Auto Show

The Los Angeles Auto Show is famous for bringing up the rear in terms of the auto show season, or kicking the next year’s season off early, depending on which industry expert you talk to. Today it was announced that the California show would be getting a major facelift today, starting with its name. Goodbye, LA Auto Show, hello AutoMobility LA.

Yes, they are going the route of smashing two words together to create their own brand word. The new brand was created because organizers are hoping to create a totally new show experience. Whereas most auto shows are focused on manufacturers and their big model and concept reviews, AutoMobility LA is aiming to be more like an International Consumer Electronics Show, which features product reveals but also brings in government organizations and innovators hoping to break into the auto industry but might not yet have a car to show for it. According to Automotive News, the new show will feature a four-day trade show, as opposed to press and industry days, followed by a traditional show (which will still be called the LA Auto Show) open to the public.

AutoMobility LA was born to combat events like the previously mentioned CES, where automakers are going for more hip crowds to unveil their latest products. Last year, GM and Lyft formed a partnership thanks to the non-traditional Connected Car Expo, which was previously held in LA as a separate event from the LA Auto Show. AutoMobility LA wants to combine the car show and the tech show to become the new venue for deals like that to be brokered.  This year, the Detroit Auto Show tried to bring in a similar feeling, by having a government presence to talk about the future of self-driving cars, and by hosting a side expo to the main event for startups and creators.

I certainly hope that by moving focus away from product reveals the LA Auto Show isn’t shooting itself in the foot. While more companies might visit AutoMobility LA to meet and discuss strategy, some press outlets might limit their coverage of the event or attendance because there will be simply less to actually report on. The LA Auto Show often has the American debuts of concepts and new models that were revealed earlier in the year at European and Asian Auto Shows, so they shouldn’t discount the traditional OEM press conferences and their value to the event’s exposure.

UPDATE: Devon Zahm of JMPR Public Relations, who works on behalf of AutoMobility LA, would like us to clarify that the LA Auto Show’s new look would not be moving away from product reveals, and plans to have just as many manufacturer press releases. The show is merging technology with the automotive world, but we can still expect to see the debuts we wait on the edge of our seats for.