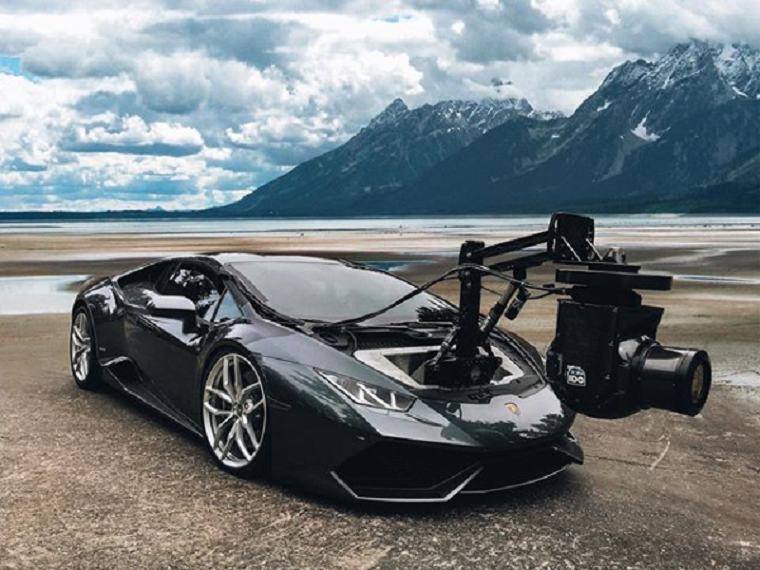 Meet the “Huracam,” a Lamborghini Huracán converted into the world’s fastest camera car by Incline Dynamic Outlet, a company best known for its top aerial cinematography.

The Huracán alone costs about $200,000 and is powered by a screaming 5.2-liter V10 making more than 600 horsepower and 413 lb-ft of torque. But the price pales in comparison to the tech that IDO Aerials installed at the front.

The camera rig is made up of a bespoke gimbal produced by Gyro Stabilized Systems, a Red Epic 8K body camera, and a frame and camera controls that IDO took months to develop. On Instagram, IDO claims that “these gimbals have gone 380 knots on jets.”

In total the gear is estimated to cost around three times the price of the car. That’s $800,000 for the whole thing. Who knew a camera could make a modern Lamborghini supercar seem cheap? But, clearly, IDO believes it will be able to recuperate that investment through the unique footage it will be able to capture.

The extra weight will compromise the Lamborghini’s acceleration, though that isn’t likely to be a factor when filming, and the car’s 201-mph top speed remains unaffected. That’s another benefit of top-notch aerodynamics and 600 ponies.

The addition of the built-in camera makes the Huracam the world’s fastest full-time camera car, a title that had previously belonged to the Ferrari 458 Italia that was used in Need for Speed. Volkswagen also repurposed a spare Bugatti Chiron last year to film its top speed run, but that was just a one-time event.