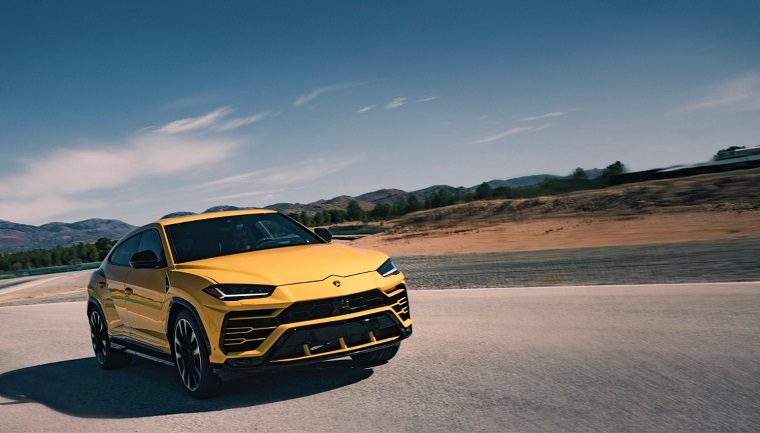 Lamborghini has finally revealed the Urus, a “Super Sport Utility Vehicle” (we’ll stick to SUV) that combines the iconic performance and soul of a Lamborghini with the oft-coveted utility of large vehicles. Oh, and it’s also the fastest SUV ever.

This is a clear cash-grab by Lamborghini, who is jumping in the ever-growing and extremely lucrative crossover/SUV market that other performance brands have already joined, such as Porsche, Maserati, and Alfa Romeo. In fact, Ferrari is now the only major luxury auto brand not to offer an SUV; though to be fair to the others, it’s becoming increasingly difficult to survive in the modern automobile market without one…or three.

The Urus will be motivated by a 4.0-liter twin-turbo V8 that makes 650 horsepower. According to Lamborghini, it will top out at 190 mph and accelerate from 0 to 62 mph in a ridiculously quick 3.6 seconds, in part thanks to a permanent all-wheel drive system. The Alfa Romeo Stelvio Quadrifoglio currently holds the fastest SUV lap around the Nürburgring Nordschleife but it’s very likely the Urus will smash its 7:51.7 time should it have a go.

So what does this mean for Lamborghini fans? Aren’t SUVs the antithesis of what the brand represents? Is this the beginning of the end for performance enthusiasts? Odds are it’s quite the opposite. Whether we like it or not, the Cayenne is Porsche’s best-selling model and sells at a much higher volume than its sedans. That pays for the R&D behind the rest of the actually nice cars that come out of Stuttgart, but that few people buy.

The same is likely to be true for the Urus. Let the nouveau rich buy the Urus and effectively subsidize the paycheck of the Lamborghini engineer who will pour his heart and soul into designing an excellent performance coupe that doesn’t compromise itself with “utility.”