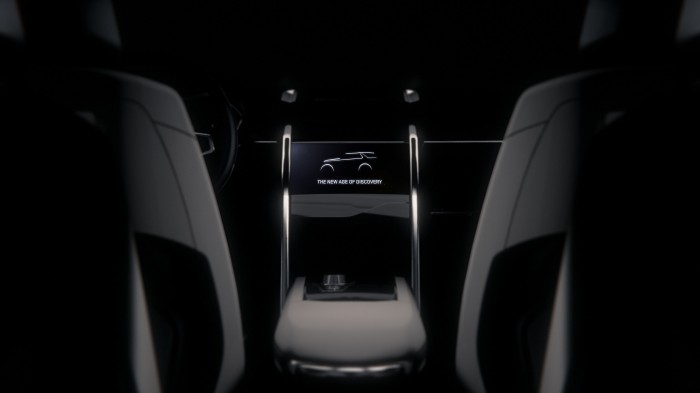 The Land Rover Discovery Vision Concept ushers in a “new age of discovery.”

Land Rover’s press release promises that the Discovery Vision Concept has been built on the core Land Rover principles: “emotive design, unrivalled capability, and ultimate versatility.” At the same time, the concept will elevate Land Rover SUVs to never-before-seen heights thanks to customer-focused advanced technologies.

“Discovery has been pivotal in helping to build the foundations of the Land Rover brand. It is admired all over the world and loved by its strong customer base,” explained Gerry McGovern, Design Director and Chief Creative Officer for Land Rover. “We have created the Vision Concept to share the essence of Land Rover’s new age of Discovery and to debut a new, compelling, relevant design direction that connects on an emotional level with customers of today and tomorrow.”

As the brand reveals more about the Land Rover Discovery Vision Concept over the next two weeks, you can follow along on Land Rover’s Facebook, Twitter, and Instagram pages. Be sure to join the conversation by using #ReadyToDiscover.